Home  »  Website  »  National  »  They Are Cowards: Mehbooba Mufti On BJP And Centre

They Are Cowards: Mehbooba Mufti On BJP And Centre

Don’t use the NIA, CBI and ED as weapons, fight me politically, says Mehbooba Mufti. 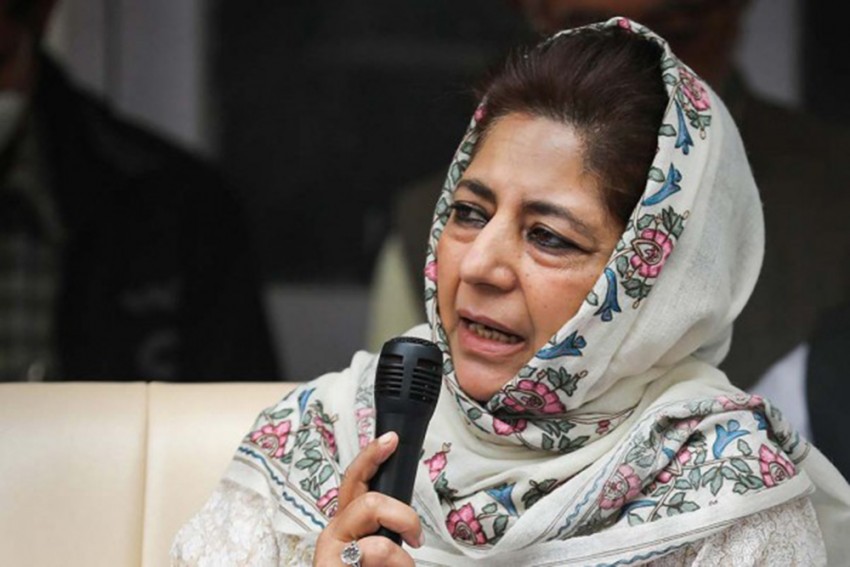 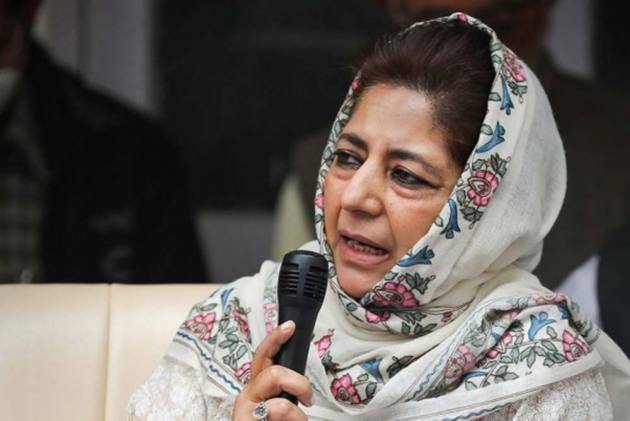 Former Chief Minister Mehbooba Mufti today levelled serious allegations against the government accusing it of using the NIA, Enforcement Directorate and the CBI against her relatives and her party.

“They have been writing obits of my party for the past two year. We only fought 60 seats in the DDC polls and we won nearly 30 seats. If they cannot fight me politically it is not my problem, it is their problem. This ED, NIA and the CBI abuse by them is wrong. We are seeking everything under Indian Constitution. Article 370 restoration comes under Constitution. Our agenda is under Constitution. I will not remain silent when it comes to Kashmir issue,” she said.

“I don’t know this could be my last press conference as already they have taken our leaders and they are not telling them why and where they are being taken,” she said.

“The witch-hunt launched by the government of India against us has reached its peak. For the past two years they have been looking at my assets. They have been looking at where is my house, where is my land. As they didn’t get anything, they have started going after our relatives, our friends and colleagues. They are being raided. Both the NIA and the Enforcement Directorate have been weaponized. They are being used as weapons,” Mehbooba said.

“You know PDP leader Waheed-ur-Rehman Parra was arrested on the same day he submitted the form for the DDC election. For one month the NIA kept him in custody and they had only purpose to make him agree to say something so that they could lay their hands on me. There are no corruption cases and that is why they want to link us with terror,” the former chief minister said.

“Waheed was tortured for one month. He was deprived of sleep. Around 200 to 250 people interrogated him in the past one month. They wanted him to say that he would testify (against me). After that our relatives and our colleagues’ houses are raided. Anjum Fazili is a former MLA and a friend of mine. Her house in Srinagar and Delhi has been raided. They have taken away senior PDP leaders Sartaj Madani, Mansoor Mir, Bashir Mir, Naeem Akhtar. I am saying taken away as there is no summons, no arrest order. Nothing. They come and take them away,” Mehbooba said.

“I have been conveyed many a times that I should take care of my interests and stop bothering about Jammu and Kashmir. I didn’t agree to it. I am not someone who could solve Kashmir issue. I am not that big. But I would continue to raise voice on behalf of people of Jammu and Kashmir who were robbed on August 5, 2019,” Mehbooba said.

“The NIA, the CBI and the ED are being used as weapons against us by the government. Though they are all serious investigative agencies and they are supposed to investigate very serious charges, they here investigating even graveyard where my father Mufti Mohammad Sayeed is buried. They have been investigating where from money came for the graveyard and other such things,” Mehbooba added.

“My father shook hands with them for a big motive and now he is not there, they are investigating his graveyard. They are auditing his graveyard. The government of India is creating situation of disturbance to this extent that even loan of the banks is seen as crime. My sister is highly qualified doctor and they are even checking her accounts,” Mehbooba said.

“I want to tell the BJP that if they want to fight they should fight me politically. The BJP has all power. Let them fight with me politically. Not through NIA, ED and CBI. Why you are coming up with these NIA, ED, CBI raids? Had I some property, they wouldn’t have been looking at the gravestone of my father,” she said.

“Linking me to terror funding through Waheed is cowardice. They are cowards,” she added.

“I am repeating it again that if the BJP and the government of India wants to fight me, it should fight politically. It shouldn’t use the NIA, CBI and the ED. They have converted these agencies into their prostitutes and mistresses,” she said. “If they government wants to go after me, they should straightway come to me instead of going after my family, my relatives and my family,” she said.