The incident came to light when the head clerk at the police station in Agra noticed the 'maalkhana' was in a haphazard state after he came back from his morning tea on Sunday. 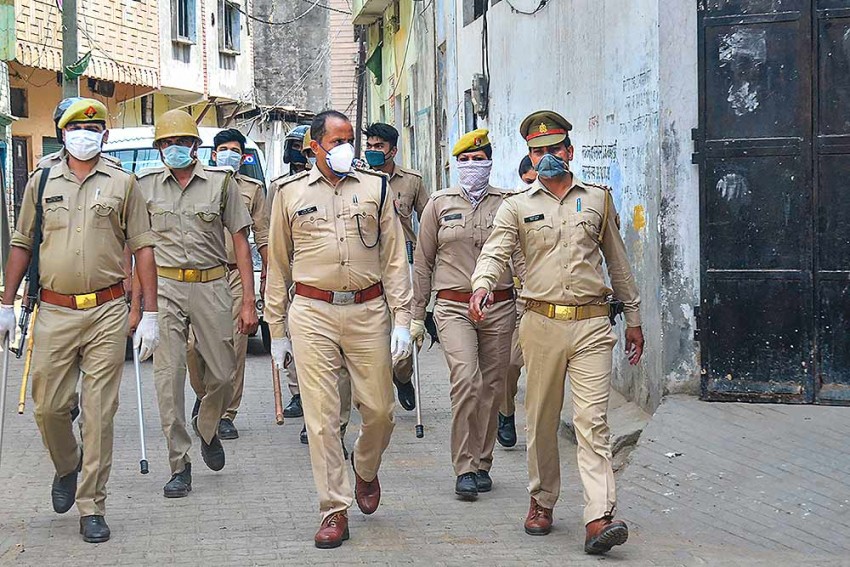 Six police personnel were suspended for “negligence” on Sunday after cash worth Rs 25 lakh was stolen from custody at Jagdishpura police station in Agra, Uttar Pradesh.

The Station House Officer of the police station was among the personnel suspended following the theft.

"About four days ago, there was a recovery of Rs 24 lakh and four kg gold in a criminal case at the police station. Besides, there was cash at the warehouse from past criminal recoveries," he said.

"The gold and weapons placed at the warehouse are not missing," said the ADG.

The Station House Officer, a Sub-Inspector, the Head Muharrir (Clerk), and three constables were suspended for showing “negligence”, he said.

“Directions have been given to the SSP, Agra to investigate this case and it will be worked out on a priority basis," he added.=

Superintendent of Police (City) Vikas Kumar told reporters that the incident came to light when the head clerk at the police station noticed the 'maalkhana' was in a haphazard state after he came back from his morning tea on Sunday.

When he checked with the inventory, he found that a sum of Rs 25 lakh confiscated in cash was missing from the warehouse, Kumar said.

CCTV footage and other records are being checked to identify the culprits, he added.

A case has been registered against unidentified persons in connection with the incident, police said, adding that an investigation is on in the matter.