Abhijit Banerjee said that boosting the state's economy is directly related to the revival of the country's economy as it is under stress due to the ongoing pandemic situation. 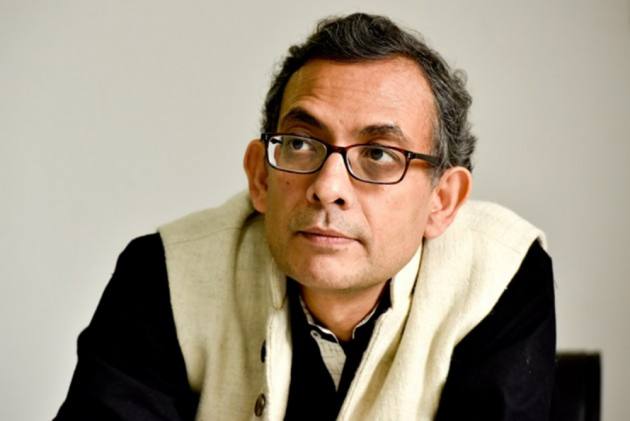 Nobel laureate economist Abhijit Vinayak Banerjee has apprehended that the impending third Covid wave might adversely impact the GDP, and its growth rate might go down to 7 per cent, even below the IMF's recent projection of 9.5 per cent.

"The economy is going slow due to the COVID situation. Earlier the IMF had said GDP growth would be 12.5 per cent. Now it is saying it would be 9.5 per cent. I apprehend it might go down to 7 per cent. Another wave will decrease it further. If the country's economy does not improve, the state will not be able to move forward alone," Banerjee, who heads West Bengal's Global Advisory Board (GAB) said.

Banerjee said that boosting the state's economy is directly related to the revival of the country's economy as it is under stress due to the ongoing pandemic situation.

Last month, the International Monetary Fund (IMF) cut its economic growth forecast for India to 9.5 per cent for the fiscal year to March 31, 2022, as the onset of a severe second COVID-19 wave cut into recovery momentum.

"But I apprehend it may drop to 6 per cent to 7 per cent at the end. I can’t give it in writing. But if another wave hits, it may drop further. I hope it doesn’t happen,” he said.

Banerjee said that the economy of West Bengal is also connected with the country.

"If the country's economy does not improve, Bengal alone will not be able to do anything. If the economy of the whole country is active, it will have an impact.

The noted economist that the Centre should be more into free-spending policies like other economies of Europe and the US rather than being more concerned about balancing the deficit and the budget.

"The (union) government has a fiscal problem, and it may have more faith in balancing the budget than free-spending policies. The government is trying to use the one instrument it has as other forms of tax collection are not necessarily keeping pace, given the economy is slow. It is using this to balance the budget," he said when asked to react to the Centre's decision to increase cess on various items, including fuel, from time to time in the last year.

But this is not the direction the government should not have taken, Banerjee said.

"I think the government should have been more open-handed with the spending. I have said this many, many times. I think the central government is too unwilling to do what US or European economies are doing - printing money and spending. And I think that would have been a better policy in the present context," the economist said.

Banerjee, however, praised the Centre for now moving in that direction.

"The inflation is already up due to the high fuel prices. I think there is a good case for being more open-handed. But to be fair, the central government has now moved towards that direction and have announced several relaxations. I think being less mindful of the deficit might be the right strategy," the Nobel laureate said.