Lekhraj Mehta’s grandson Ramil taught him the art of attending video conferencing, video calling and video meeting, and hence the challenges of the pandemic were overcome for his professional world. 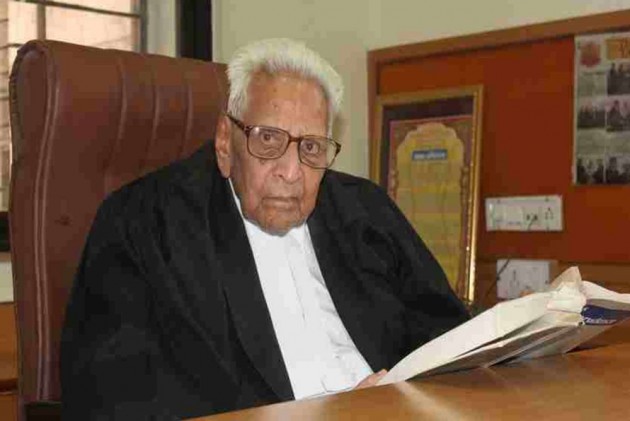 Lawyer Lekhraj Mehta who hails from Jodhpur turned 100 on June 4, 2021, but this hasn’t stopped him from working. For him, ‘age is just a number' and he has been attending his virtual hearings after learning to use the internet and zoom. He is a known name in the field of law and has taught many eminent figures including former CJI RM Lodha, Justice Dalbeer Bhandari, Rajasthan Chief Minister Ashok Gehlot, and ML Singhvi.

According to news18, he has been practicing law since 1947, but he got to attend his court hearings via video conferencing during the pandemic. Mehta calls himself a ‘habitual learner and he keeps himself updated about his case matters, meets people, and apprises himself of the latest developments.

Mehta’s grandson Ramil Mehta taught him the art of attending video conferencing, video calling, and video meeting, and hence the challenges of the pandemic were overcome for his professional world. However, this new medium did not stop him from studying his cases thoroughly before getting in touch with his clients over video calls.

Mehta believes that the world has not stopped during the pandemic because of the internet and mobile communication.

Some of his famous cases:

During the assembly poll when the Congress’ CP Joshi lost by one vote and wanted to seek the court’s help, Mehta did not allow him to win the polls against Kalyan Singh.