The small hamlet Aalan has a rule for its every native, not to litter around. 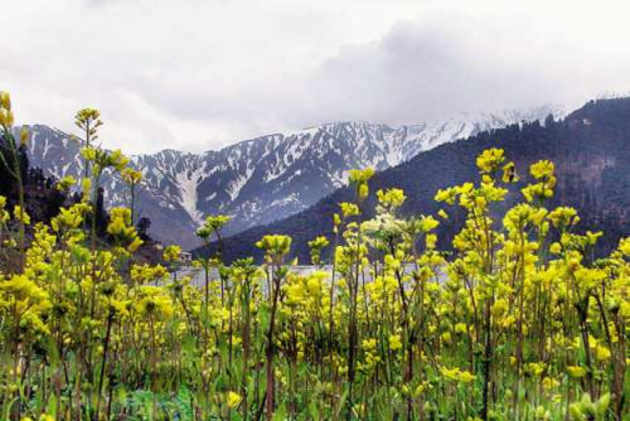 In J&K’s nondescript Bharderwah village surrounded by lush green meadows and sparkling waters, a small hamlet of tribal Gujjars has been preserving its surroundings from decades.

The hamlet Aalan has a rule for its every native, not to litter around.

The villagers in this village are not well educated, poor to afford every luxury of life, however they are sensitive towards their fragile environs.

The village having very low literacy rate, decided not to litter near the water bodies with village elders issuing an advisory a decade ago that all households would make their own septic tanks.

Besides, adhering to their elders’ advice to keep the freshwater stream Aalan Nullah clean and fit for drinking, all the households dug pits and built septic tanks, becoming an epitome of the Prime Minister's flagship scheme 'Swachh Bharat Abhiyan' and an inspiration for the downstream villages and towns.

“Aalan is unique not just for its location but also for the bold step the village has taken to make itself garbage and plastic free and keep it free of pollution and waste,” an official said, lauding residents for implementing the government's Swachh Bharat Abhiyan in letter and spirit.

Located about 17 km from Bhaderwah town, Aalan in Katyara Panchayat of J&K’s additional district Bhaderwah is a unique hamlet and the Union Territory’s last village on the Chamba border of Himachal Pradesh.

The village has 30 households with a population of 270. The main occupation of the village is farming, largely maize, and rearing cattle. The village gets adequate rain and derives its drinking water from Aalan Nullah and is distributed by pipes to each household.

The officials said the villagers got together 10 years ago to keep the Aalan stream flowing through the village clean.

The modus operandi was to get all the villagers (50-100 in number), with the women on the front line, together on Fridays to sweep, segregate the plastic wastes from other ones to prevent them from entering the water body, the officials said.

"While starting this initiative, our main aim was to prevent the garbage, including human and animal waste, from entering the stream. Another problem we had in the village is that the majority of residents were practising open defecation that used to pollute water bodies badly.

“As we took initiative to build toilets with limited resources a decade back, Rural Development Department came forward to help us as part of its Swachh Bharat Abhiyan,” Hashim Din Teenda (70), said a local resident,

“And with their help, we built soak pits and septic tanks,” he added.

He said the village wanted to set an example for adjoining villages, especially Bhaderwah town that sends all its sewage into the water bodies as a result of which the people living there are already complaining of various ailments linked to polluted water.

“We do not want to do that, we have a responsibility as the upstream village to send clean water to downstream villages and Bhaderwah city,” Rozy Begum (20), the only woman who has studied up to 12th standard, said.

According to the 2011 census, out of a total of 2,029 houses in Bhaderwah town, 1,987 are without septic tanks and all the human waste is flown to open drains through which it enters into the three freshwater streams flowing through the town namely Neeru, Halain and Puneja Nullah.

"Technically, Bhaderwah town is number one in Jammu and Kashmir in terms of open defecation followed by Budgam district due to which our people are forced to perform human scavenging every day,” Jammu and Kashmir Watal Association’s president Aashiq Ali Watal said.

“Surprisingly, Municipal Committee Bhaderwah has managed to declare Bhaderwah ODF town four years ago which is a cruel joke with us," he added.

Dharam Kant Dogra, an environmentalist from Bhaderwah town, said residents used the water from all three streams for drinking and cooking food till 1984.

“Unfortunately, we polluted the freshwater bodies so badly that now they stink. We should take lessons from the poor Gujjar community of Aalan village and the government agencies should also take immediate corrective measures to save the precious water bodies," Dogra said. (With PTI inputs)