Even Delhi Chief Minister Arvind Kejriwal has admitted that there was a little 'confusion'. But he said it can be resolved with 'trust'. 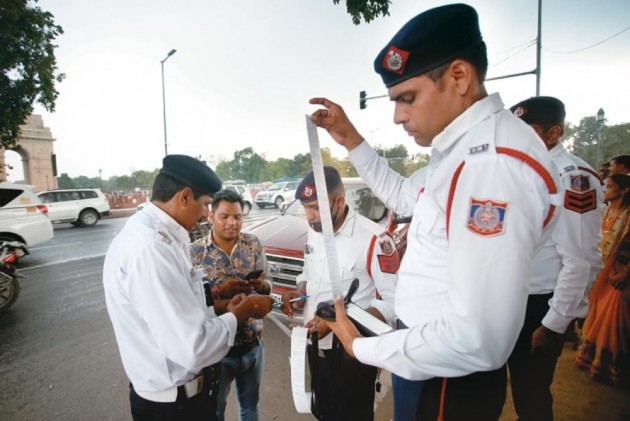 As schools reopened on Wednesday, day three of the odd-even scheme, parents asked whether the exemption for cars carrying students in uniform would apply when they are on their way back after dropping the children to school.

While cars with children in school uniform are allowed to ply irrespective of their registration numbers under the road rationing scheme, some parents termed it a "namesake" exemption.

"I had to anyway drop my son using Uber as my car has an odd number and today only even number cars are allowed to ply. I could have got the exemption when I was on the way to school with my son but how would I justify it on the way back that I went to school," said Dheeraj Tuteja, a resident of Preet Vihar.

Delhi Chief Minister Arvind Kejriwal had admitted that there was a little "confusion" in this regard, saying vehicles would be exempted based on "trust" that they were used only for ferrying school children.

For Nikhil Vaishnavi, a resident of Paharganj, "the exemption is just a namesake".

"Either some mechanism should be developed for it or it is of no use when drivers are anyway violating the rule when coming back after dropping their kids from schools or when they are going to pick them up," Vaishnavi said.

Srishti Sehgal, an advertising professional, said, "I used to drop my kids along with my neighbours' son to school on the way to office and they used to pick up the three kids in the afternoon as I was away in office. Now one day they go and the other day I do both the duties as our cars are of odd and even numbers.

"Because of this, I am forced to leave from office after half-day work, that too every alternate day," she said.

Children were spotted wearing masks this morning as the air quality continued to be in the "very poor" category.

The Delhi government last Friday decided to shut all schools till November 5 after a Supreme Court-mandated panel declared a public health emergency in the Delhi-NCR region in the wake of rising level of pollution.

The odd-even scheme came into force in Delhi on Monday and will end on November 15.