The Supreme Court said that Delhi is choking every year and observed that no one is taking action to tackle the situation effectively. 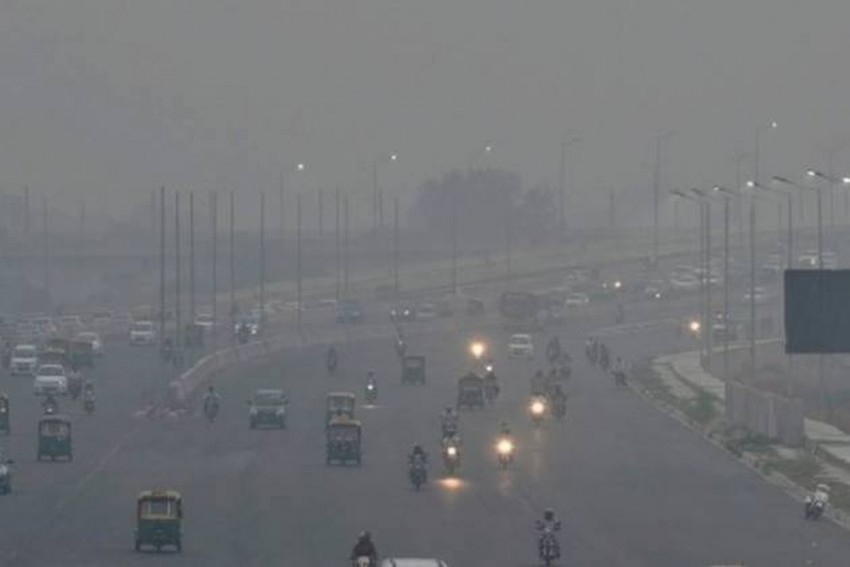 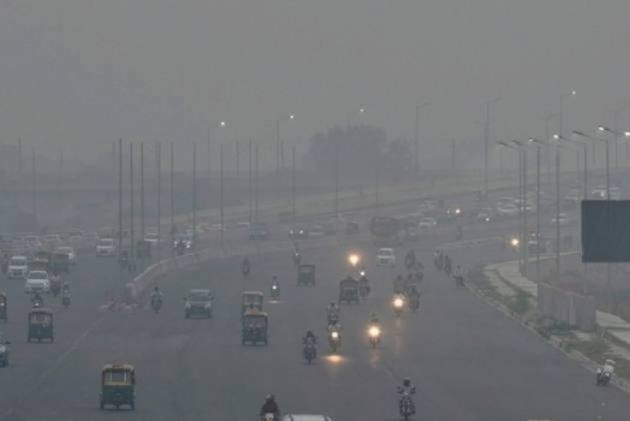 People in Delhi-NCR are losing "precious years of their lives" and cannot be "left to die" due to the "atrocious" pollution situation which reflects a "shocking state of affairs", the Supreme Court said Monday and directed neighbouring Punjab, Haryana and western Uttar Pradesh to stop stubble burning.

The top court also stopped all construction and demolition activities as well as garbage and waste burning in the Delhi-National Capital Region (NCR) till further orders.

SC in stern words said that it has no sympathy for farmers who are indulging in stubble burning as they are putting the lives of others at risk.  It directed Punjab, Haryana and UP to ensure that not a single instance of stubble burning takes place henceforth.

"People are dying...more people will die but those at the helm seem interested only in gimmicks. We will supervise this matter now. Crop stubble burning must stop immediately and all states must do everything to stop it," the Supreme Court remarked.

The top court has even summoned chief secretaries of Punjab, Haryana, Uttar Pradesh on November 6 over stubble burning in their states.

Describing air pollution in Delhi and adjoining areas as a "very serious situation", the Supreme Court on Monday came down heavily on the state governments, saying they have not been "showing responsibility".

"State governments are busy in electioneering and not showing responsibility in connection with increasing air pollution in their states and neighbouring states...Delhi is choking every year," the apex court bench, headed by Justice Arum Mishra, said.

Passing a slew of directions to curb alarming pollution levels in Delhi-NCR, it said citizens cannot be evacuated from the national capital amid reports that people have been advised not to visit the city and leave it due to the environmental hazard.

Anguished over the rampant instances of stubble burning in Punjab, Haryana and western Uttar Pradesh, the top court summoned their chief secretaries on November 6 saying the time has come to "fix accountability" for this kind of situation which violates the right to life of citizens.

The court directed the Centre and the states concerned to prepare a roadmap within three weeks to prevent a situation in future like the one that is currently prevailing in the region due to toxic air quality.

A bench of Justices Arun Mishra and Deepak Gupta directed the chief secretaries of the three states as well as the district collectors and the police machinery to ensure that not even a single instance of stubble burning takes place there henceforth.

During the hearing, senior advocate Aparajita Singh, assisting the top court as an amicus curiae in the pollution matter, told the bench that as per the recent affidavit filed by the Centre, stubble burning contributes to around 46 per cent pollution in Delhi-NCR.

The top court further said Rs 1 lakh penalty will be imposed for construction or demolition activities in Delhi-NCR and the offenders involved in the garbage or waste burning would be penalised by Rs 5,000.

The bench observed that it is shocking that every year, Delhi-NCR is chocking due to severe pollution and "we are not able to do anything".

"It cannot be done in a civilised country," the bench said, adding, "If people do not respect rights of others, then they also have no rights. Right to life is the most important right".

"No room is safe to live in Delhi. People are not safe even inside their house. It is atrocious," the bench said.

"The air quality index (AQI) level in bedrooms is above 500-600. This is the figure in Lutyens Delhi. Can we survive in this? This is not the way we can survive. People are losing precious years of their life in Delhi due to this," it said.

While directing authorities in Punjab, Haryana and Uttar Pradesh to take steps to extinguish the burning stubbles, the bench said it has no sympathy for farmers indulging in it as they are putting lives of others at risk.

During the hearing, the bench asked as to why there should be unabated stubble burning year after year in these areas and though a lot of hue and cry has been made over it, the states have not done anything to tackle the problem.

"You are asking people to die. Your states (Punjab and Haryana) are also badly affected. Is this the administration left in Punjab and Haryana? Every year this is happening. We will fasten the liability of states and panchayats also," the bench said.

"People are being advised not to come to Delhi. Who is responsible for this? The state governments are responsible. They are only interested in electioneering. They do not take any responsibility. We will not tolerate this," it said.

The amicus told the apex court that as per the Centre's affidavit, crop burning has gone up by 7 per cent in Punjab and come down by 17 per cent in Haryana while data was not available about western Uttar Pradesh.

The bench said in case of violation of its directions regarding steps to curb stubble burning, it would haul up the entire administration, right from the chief secretary to the Gram Panchayat and 'Sarpanch' level, and they all would be held responsible.

It also asked governments of the three states to explain as to why they should not be asked to pay compensation for the damage caused as they have "totally failed" to prevent stubble burning in their respective areas.

The bench also questioned the Delhi government over its much-publicised odd-even vehicle scheme, which kicked off Monday, and directed it to place the data of pollution levels of previous periods when the scheme was put in place to curb air pollution.

Regarding pollution in Delhi-NCR due to dust on roads, the bench directed that water be sprinkled on roads having more dust and traffic plan be prepared so as to tackle the issue of pollution due to traffic congestion.

It also directed the Indian Institute of Technology (IIT) Delhi to suggest the water pressure for sprinklers so as to reduce pollution from dust.

The bench said its directions be given wide publicity in TV, Media, Radio and also at Gram Panchayat level so that people can be made aware about it.

It directed the court-mandated Environment Pollution Control Authority (EPCA) to take decision regarding whether to ban entry of diesel trucks in Delhi and also about industries, which are contributing to pollution, and could be shut down during this period.

The top court also directed authorities to ensure there is no power cut in Delhi-NCR so that generators are not used except in emergency essential services.