'This Is Bhangra Politics': Owaisi On Shiv Sena's Support To Citizenship Bill

'They write secular in common minimum programme, this bill is against secularism and Article 14,' Owaisi said. 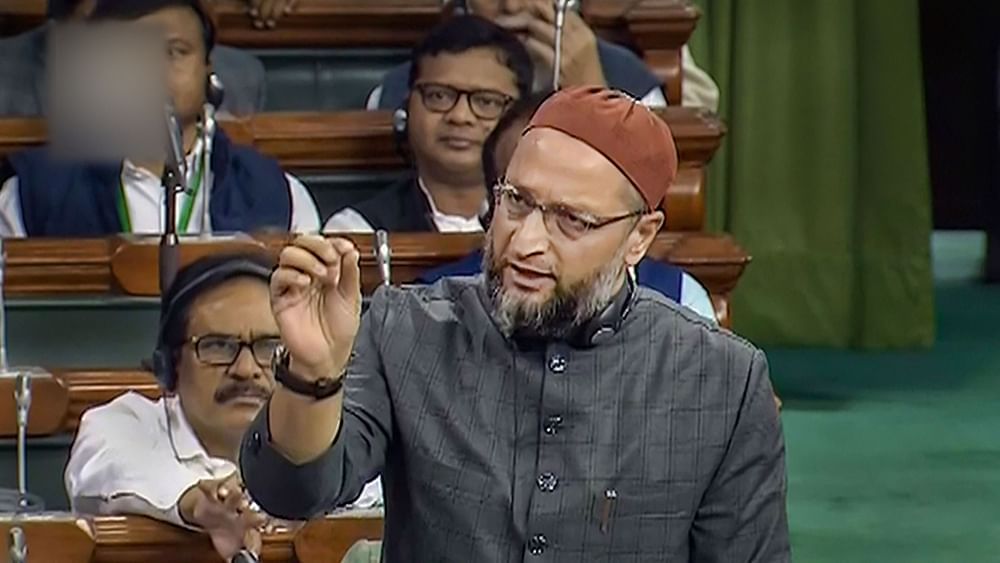 A day after Shiv Sena voted in favour of the Citizenship (Amendment) Bill, 2019 and later took a U-turn, All India Majlis-e-Ittehadul Muslimeen chief Asaduddin Owaisi termed it as "Bhangra politics" and said it is politics of opportunism.

"This is 'Bhangra politics'. They write 'secular' in common minimum programme, this bill is against secularism and Article 14. It is politics of opportunism," Owaisi said.

The Shiv Sena voted in favour of the Bill in Lok Sabha but suggested to not give voting rights for new citizens for 25 years.

Shiv Sena Will Not Support CAB Unless Things Are Clear: Uddhav Thackeray

On Tuesday, Shiv Sena chief and Maharashtra Chief Minister Uddhav Thackeray said his party will not support the Bill in Rajya Sabha unless things become more clear with regard to the questions asked by the party in the Lok Sabha on Monday.

The Sena has suggested changes it wants to be included in the Bill in Rajya Sabha, he said. "Where will these refugees stay.. in which state. All this should be clarified," he added.

Former NDA ally Thackeray further said, "Anyone who disagrees (with the central government) is a 'deshdrohi' ( traitor) is an illusion that is believed by the BJP.

"It is an illusion that only BJP cares for the country," he added.

Owaisi on Monday launched a blistering attack on the Union government in Lok Sabha over the Bill, saying it was aimed at making Muslims "stateless" and would lead to another partition. The Hyderabad MP then ripped the copy of the bill to highlight his protest, inviting sharp reactions from the treasury benches which described his act an "insult" to Parliament.

The Bill, which seeks to give citizenship to refugees from the Hindu, Christian, Sikh, Buddhist and Zorastrian communities fleeing religious persecution from Pakistan, Afghanistan and Bangladesh was passed in Lok Sabha on Monday.

Lok Sabha passed the Citizenship Bill with a majority of 311 votes against 80 votes in the Lower House where 391 members were present and voted.

In Rajya Sabha, the Modi government requires the support of at least 123 MPs in the 245-member house.