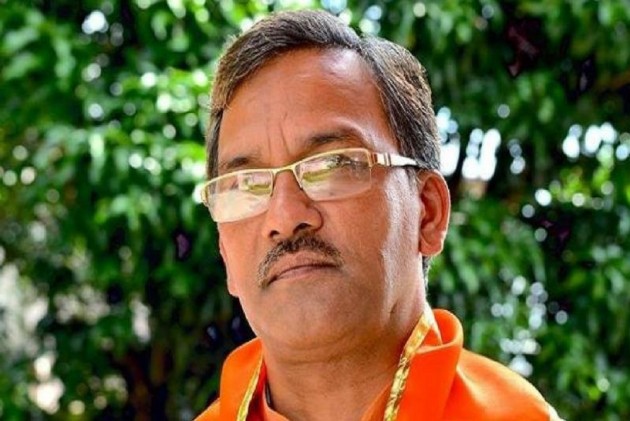 As he challenged those protesting against the agriculture laws to prove how harmful they are to the farmers, Uttarakhand Chief Minister Trivendra Singh Rawat said that US-based outfits such as Justice for Sikhs and around 300 Pakistan-based Twitter handles are stoking anger among farmers.

Rawat claimed that the new farm laws have brought freedom to Indian farmers as now they can sell their produce at places apart from the traditional mandis. Those behind farmers' protest want to break the nation, he added.

"I am sure those agitating against the new farm laws will be at a loss if challenged to prove how they are harmful to farmers," Rawat said after distributing Rs 300 crore worth interest-free loans to farmers under the Deendayal Upadhyay Co-operative Farmers' Welfare Scheme.

'Imagine What They Would Do If We Lived In India’: Meena Harris On Being Trolled For Supporting Farmers’ Protests

"Anger among farmers is being stoked by US-based outfits like Justice for Sikhs and around 302 Twitter handlers in Pakistan because they don't want farmers in India to grow under the prime ministership of Narendra Modi," Rawat said.

Criticising the New York Times for allegedly describing Narendra Modi as a "dangerous patriot", the Chief Minister asked how being patriotic can be dangerous.

"If we (the BJP government) had the powers of Hanuman, we would have split our hearts open to show what lies there for farmers," the Chief Minister said.

Appreciating the farmers of Uttarakhand who have stayed away from the day's 'chakka jam' in other states against the new farm laws called by the protesting unions, Rawat said he wants to thank them for refusing to submit to the forces that want to "instigate" them to serve their own interests.

Reassuring farmers that the Modi government cannot ever think of harming them as empowering them monetarily to increase their buying capacity is integral to the BJP’s ideology, Rawat said the prime minister should be credited for implementing the recommendations of the Swaminathan Commission for farmers.

Naming Central schemes such as the PMGSY introduced during the Atal Bihari Vajpayee government, Narendra Modi’s PM-Kisan Samman Nidhi Yojana and the Jan Dhan Yojana under which the poor could open zero balance accounts, Rawat said they were all meant to empower the rural populace and small and marginal farmers.

As many as 25,000 farmers of the state were distributed interest-free loans worth around Rs 300 crore through the loan distribution programme joined by about 5,0000 farmers from the state physically as well as virtually.

Interest-free loans of Rs 3 lakh to each beneficiary and Rs 5 lakh to each farmer group are being provided for investment in agriculture and agriculture-related fields including fisheries, forestry, cultivation of medicinal plants, dairy and poultry activities.

Thousands of farmers have been protesting at Delhi’s borders with Haryana and Uttar Pradesh demanding the rollback of the Farmers' Produce Trade and Commerce (Promotion and Facilitation) Act, 2020, the Farmers (Empowerment and Protection) Agreement on Price Assurance and Farm Services Act, 2020 and the Essential Commodities (Amendment) Act, 2020.