BJP leader Suvendu Adhikari alleged that the TMC had insulted the sacrifices made by the people of Nandigram by promoting officers who were involved in the 2007 Nandigram police firing case. 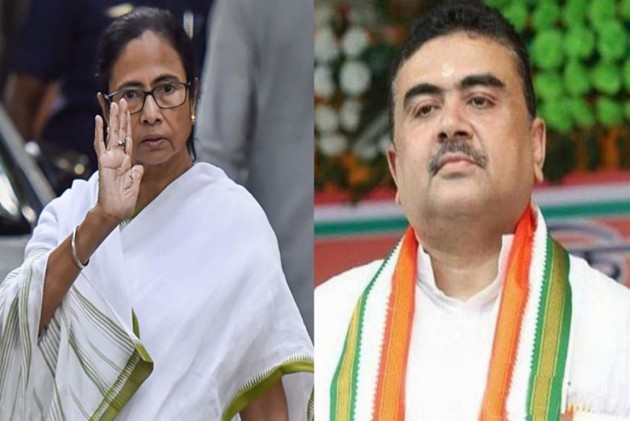 BJP leader Suvendu Adhikari lambasted the TMC on Sunday calling his previous colleagues “opportunists” who are responsible for the promotion of officers who were involved in the 2007 Nandigram police firing case.

Alleging that the TMC has insulted the sacrifices made by the people of Nandigram, Adhikari further said that the party has no right to seek votes in the region.

The TMC observes March 14 as 'Nandigram Divas' to pay respect to the 14 people who were killed during police firing on this day during an anti-land acquisition stir in 2007.

Nandigram, located in Bengal’s East Mindapore district, is the site of the much-talked-about anti-displacement movement that played a pivotal role behind the fall of the 34-year-old Left Front regime, which resulted in Mamata Banerjee coming to power in the state in 2011.

Without naming his mentor-turned-adversary Chief Minister Mamata Banerjee, Adhikari said those who had forgotten Nandigram for 12 years are now coming here to seek votes.

Banerjee has left her Bhowanipore constituency in Kolkata to fight her former lieutenant and BJP candidate Adhikari in Nandigram.

"Fourteen people were martyred in police firing in 2007. I have been coming here every year since 2008 to pay tribute to the sacrifices made by the people of Nandigram.

"Whether it is an election season or not, it hardly matters to me, unlike the opportunists who are now coming to this place," Adhikari said.

To send out a strong message to the BJP, Banerjee had earlier announced that she will not be playing it safe and will contest only from Nandigram, leaving her own seat, Bhawanipur in south Kolkata, to state power minister Sobhandeb Chatterjee.

"It is ironic that those who have given promotions to police officers responsible for the Nandigram massacre are now celebrating Nandigram Divas. The TMC has also inducted some of these police officers into their party after their retirement. Don't cast a single vote in their favour who have betrayed and insulted you all," Adhikari further said.

Lauding the BJP's role in the Nandigram movement, he said had the saffron party not raised the issue in the Parliament, it would have never grabbed the nation's attention.

"The Nandigram movement would have never gained national importance had the BJP not raised it in the Parliament. The TMC managed to enter Nandigram during those days because the then leader of opposition in Lok Sabha, Lal Krishna Advani first entered the area after breaking through the barricades erected by the CPI (M)," he said.

"Some people may be ungrateful but I am not," Adhikari, who joined the BJP during a rally of Union home minister Amit Shah in Medinipur in December last year, said.

Adhikari and Banerjee have filed their nomination papers from Nandigram to contest the upcoming Assembly elections.

For 50-year-old Adhikari, the contest in Nandigram will be a fight for his political survival as he had vowed to defeat Banerjee by over 50,000 votes in the seat or quit politics.

Adhikari won the Nandigram seat in the 2016 assembly election, while another TMC candidate emerged victorious from the constituency in 2011.

On the other hand, Banerjee will contest the Nandigram seat for the first time after relinquishing the Bhowanipore constituency in Kolkata, from where she had won twice. The TMC supremo has rented a house in Nandigram and will campaign from there.