Have Found New Allies, But 'Saffron' Continues To Remain My Core: Uddhav Thackeray

Maharashtra CM Uddhav Thackeray's remark also followed a barb from MNS chief Raj Thackeray, who, speaking at his party's function earlier in the evening, said 'I don't change the colour of my party to form the government.' 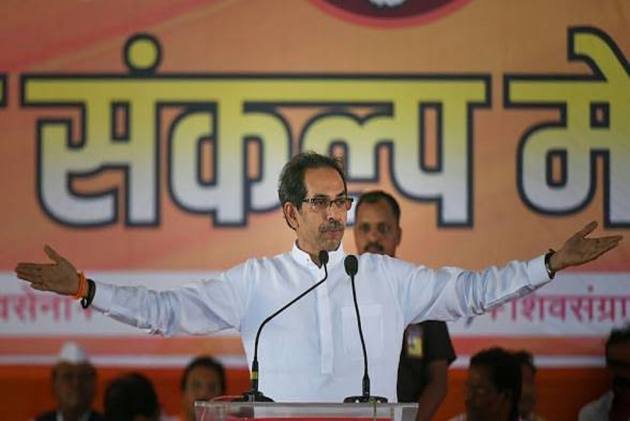 Shiv Sena president and Maharashtra Chief Minister Uddhav Thackeray said on Thursday that though he had found new allies in state politics, he had not changed his "saffron" colour.

Thackeray, whose party espoused Hindutva from early on, ditched the BJP after the Assembly polls last year and formed government with the help of the Congress and the NCP.

The Shiv Sena on Thursday felicitated Uddhav for fulfilling his promise to his father and late Sena founder Bal Thackeray that he would install a Shiv Sena chief minister in the state. January 23 is Bal Thackeray's birth anniversary.

"I have chosen a new political path by taking along old political rivals as allies. I have not changed my colour, my core ("Antarang"). It continues to remain saffron," he said, apparently countering criticism that he forsake Hindutva for the sake of power.

Uddhav's remark also followed a barb from his estranged cousin and MNS chief Raj Thackeray, who, speaking at his party's function earlier in the evening, said "I don't change the colour of my party to form the government."

Hitting out at the BJP, Uddhav alleged that the former ally broke its pre-poll promise (to share the chief minister's post) and tried to label him as a liar.

"The BJP had broken ties with the Sena in 2014 and formed government with `invisible' support. It was then that when you (BJP) were exposed," he said.

In 2014, the BJP and Shiv Sena fought the state elections separately but the Sena joined the BJP government as a partner later.