A popular social media page, ‘Humans Of Bombay’ shared the story of a Mumbai Schoolboy on its Facebook handle. 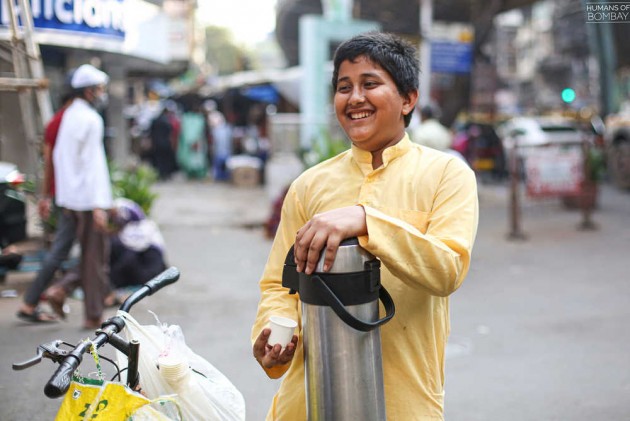 After ‘Humans Of Bombay’ shared the story of a schoolboy who was forced to drop out of school due to the coronavirus pandemic and take up the profession of a tea-seller, thousands came to offer help to the boy.

A popular social media page, ‘Humans Of Bombay’ shared the story of a Mumbai Schoolboy on its Facebook handle. The post briefly talked about the boy’s struggles after her mother lost her job due to the pandemic which pushed his family to the verge of poverty and further forced him to drop out of school. To make the ends meet and support his family, the boy took to selling tea in the lanes of Nagpada.

In his interview with Humans Of Bombay, the boy revealed that after his father’s death due to a heart attack his mother has been the sole breadwinner of the family.

Talking of his interest in studies and his school, he said - “I also loved going to school. English is my favourite subject. There are so many stories, I never want them to end. And then all my friends are also in school. I miss playing book cricket during recess– the last time we played together was in March. After that we went under lockdown.”

He also talked of the struggles his family went through due to the coronavirus-induced-lockdown, “It was a very sad time, Didi. Ammi lost her job and then because we couldn’t afford it, I had to drop out of school. One month into the lockdown, we had no money at all, even my piggybank was empty. So, I spoke to the Kirana uncle closeby and he agreed to hire me as his chotu. I made only Rs 100 a day, but at least we didn’t have to go to bed hungry.”

“A few months later, I noticed an uncle running a tapri. I asked him every question under the sun and then decided to start selling tea. Anyway, Ammi often says that my tea makes all her worries melt!”

Despite his circumstances, the boy was hopeful of his future, he told Humans Of Bombay - “I work from 1pm to 1.30am, everyone in the area knows me now; they’re all so nice. But Ammi isn’t very happy–she blames herself. But I don’t understand why–all these years she’s the one who taught us to put family first, so why is it wrong when I’m doing it? Maybe she’s worried that I won’t become a fighter pilot. But I promise you Didi, I will go back to school. It’s been so long since I last heard a story or played cricket with my friends.”

“Ammi has been the sole breadwinner of the family for twelve years now; ever since Abbu suddenly passed away of a heart...

Posted by Humans of Bombay on Monday, 9 November 2020

In the comments section, Humans of Bombay revealed that the boy sits near Sheek Paratha Shop, Nagpada, in Mumbai's Bhendi Bazaar. The story of the boy left many people inspired by his resilience and his faith in the future and many promised to offer him help.