The three MLAs were protesting against alleged lack of measures on the part of the state government to check the rising number of COVID-19 deaths in north Bengal. 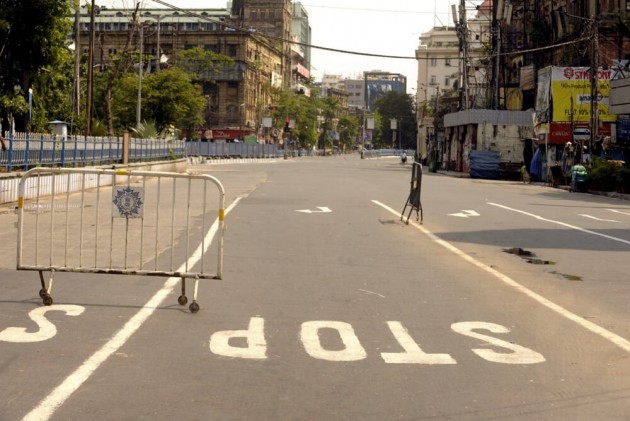 The three MLAs-- Shankar Ghosh, Anandamoy Burman and Sikha Chattopadhyay -- were protesting against alleged lack of measures on the part of the state government to check the rising number of COVID-19 deaths in north Bengal.

They were released later in the day, the officer said.

The MLAs, who were apprehended when they were staging a sit-in at Safdar Hasmi Chowk roundabout in Siliguri, claimed that they maintained all COVID-19 protocols during the protest, and there was no gathering at the spot.

Hitting out at them, senior TMC leader Goutam said that the BJP legislators "betrayed" the people of the region by organising a sit-in amid the lockdown.

"Let people see the real face of BJP leaders, who are least bothered about containing the spread of the deadly virus. They only believe in politicising crisis situations," he said adding that the state government is doing everything possible to fight the pandemic.

A 15-day lockdown came into force in Bengal on Sunday, with the government putting in place a host of stringent measures to curb the spread of COVID-19.