The men allegedly kidnapped and gang-raped the woman a week after she was raped by former BJP MLA. 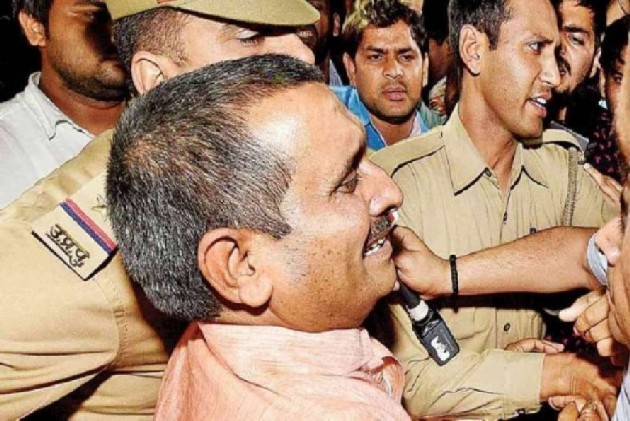 The Central Bureau of Investigation has filed a charge sheet against three persons for gang-raping a woman from Unnao, Uttar Pradesh, days after she was allegedly raped by Kuldeep Singh Sengar, the expelled BJP MLA.

This is a case separate from the one of her alleged rape by expelled BJP MLA Kuldeep Singh Sengar on June 4, 2017 at his residence.

According to the charge sheet, the woman was raped by three men on June 11, 2017, when she was a minor.

Kuldeep Sengar is currently in jail, awaiting trial. The woman, who was critically injured in a car crash - which is also under investigation - earlier this year, was recently released from the hospital and has alleged a threat to her life.

The charge sheet in the gang rape was filed before District Judge Dharmesh Sharma.

The court listed the case for October 10 after the investigative agency sought time to file additional documents and list of witnesses to be examined in support of the prosecution version.

The CBI has named three persons as accused in the charge sheet -- Naresh Tiwari, Brijesh Yadav Singh and Shubham Singh. All three are out on bail.

According to the charge sheet, the three had allegedly kidnapped and gang-raped the woman a week after the June 4 incident.

Shubham Singh is the son of Shashi Singh, who had allegedly lured the woman to the MLA's residence on June 4 and is a co-accused in that matter.