The ANTF described the seizer of Afghan brand heroin as big development saying that the narcotic packets would be dropped close to the IB from smugglers from across the border and later it was picked up by their contacts in Jammu. 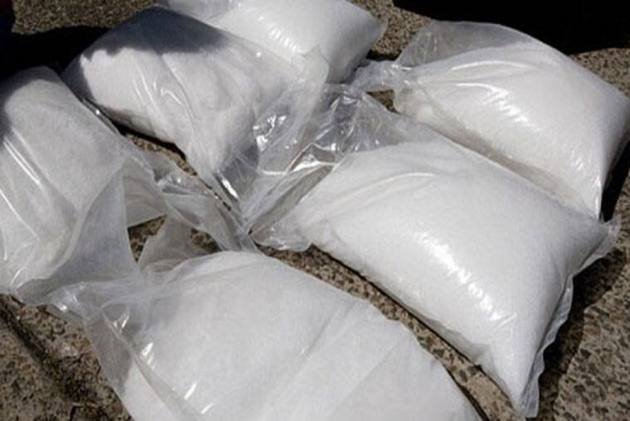 The Anti-Narcotics Task Force (ANTF), in Jammu today said it arrested three international cross-border smugglers including an ex-serviceman, and seized heroin worth Rs 40 crore from them.

The ANTF described the seizer of Afghan brand heroin as big development saying that the narcotic packets would be dropped close to the International Border (IB) from smugglers from across the border and later it was picked up by their contacts in Jammu. The ANTF said more arrests are expected in the case. The ANTF didn’t rule out applying for the extradition of some smugglers hiding across the border.

“On July 19, we got specific information regarding some consignment of heroin being transported from Khod to Akhnoor area. We laid nakas (checkpoints) at several places and during the search, we intercepted a specific Scotty. The number of the Scotty had already been shared with us. During the search of the Scotty, we recovered one packet of heroin with a specific marking that indicated its international linkages. It was Afghan grade heroin,” senior superintendent police Vinay Sharma said talking to reporters in Jammu.

He said they arrested accused Naresh Singh and put him to sustained questioning. Sharma said the accused talked about another packet of heroin that was concealed near the IB. “For three days since July 19, we continued our search operation despite heavy rains and flood-like situation along the IB with close cooperation of the Indian Army,” he said. However, when nothing came out of the searches, the ANTF put the accused Naresh Singh to further questioning and he referred the ANTF to two other persons who knew the particular place where the narcotics were concealed near the IB. “The two accused Kamal Singh and Balbir Singh, both from Khod, were detained and they were questioned. They admitted that they have concealed the heroin near the IB. The accused took us to a certain place and from there we recovered another packet of heroin,” the officer said. He said one of the accused in the case is Balbir Singh and he is an ex-serviceman.

Sharma said the modus operandi seems that Pakistani drug smugglers were throwing drug packets towards fixed places along the international border and these people would pick up drug packets from these places. He said the ANTF is investigating more linkages and is expecting more arrests.

In February this year, the government of Jammu and Kashmir notified Anti Narcotics Task Force (ANTF), Jammu, and Srinagar to be the Police Stations having jurisdiction within their respective divisions for investigation of offences under the Narcotic Drugs and Psychotropic Substances Act, 1985 (NDPS) and any other related activities in J&K.