The militants hurled a grenade in Hari Singh High Street Market, which is a few hundred metres away from the city centre Lal Chowk. 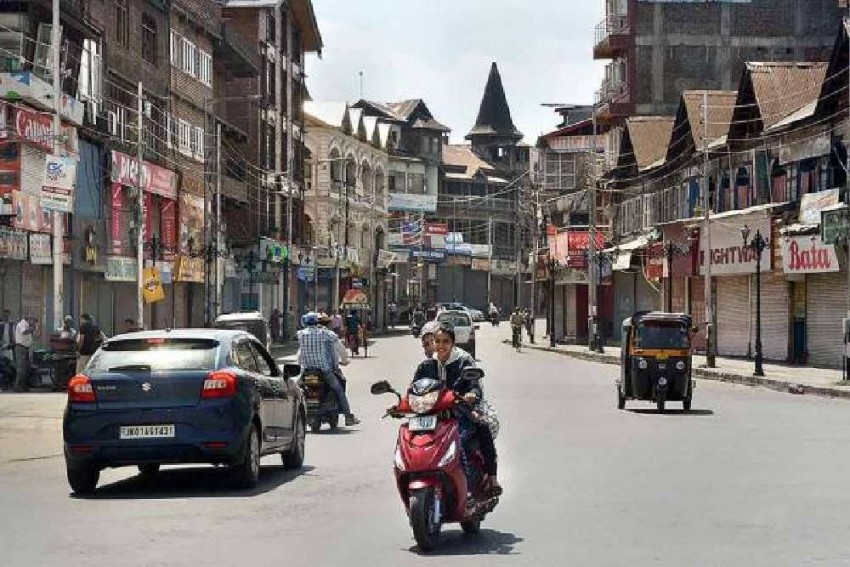 The area around Hari Singh High Street has been cordoned off and a search operation has been launched.
PTI Photo
Outlook Web Bureau 2019-10-12T15:44:00+05:30 Five Injured In Grenade Attack In Srinagar 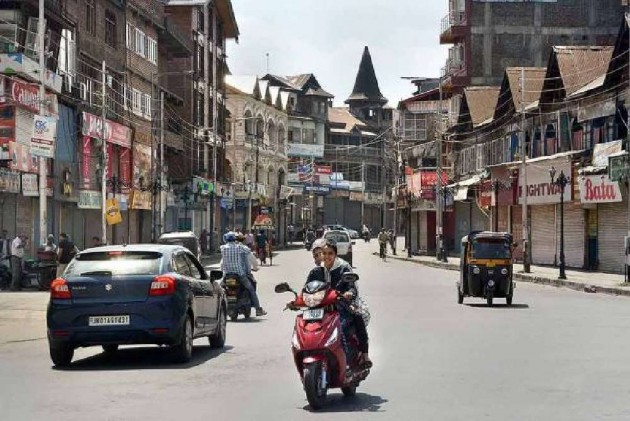 Five people were injured in a grenade attack by suspected militants in a market area in Jammu and Kashmir's summer capital Srinagar on Saturday, police said.

The grenade exploded on a roadside in the market, injuring five people, he said, adding that the wounded were rushed to a hospital here.

According to the official, the explosion also damaged windows of a vehicle parked nearby.

The attack comes hours after the Jammu and Kashmir Governor's administration claimed that restrictions on the movement of people were lifted in "over 99 per cent" areas.