Two militants were killed early on in the encounter that took place in Kulgam while a third militant managed to engage security forces for hours before being killed. 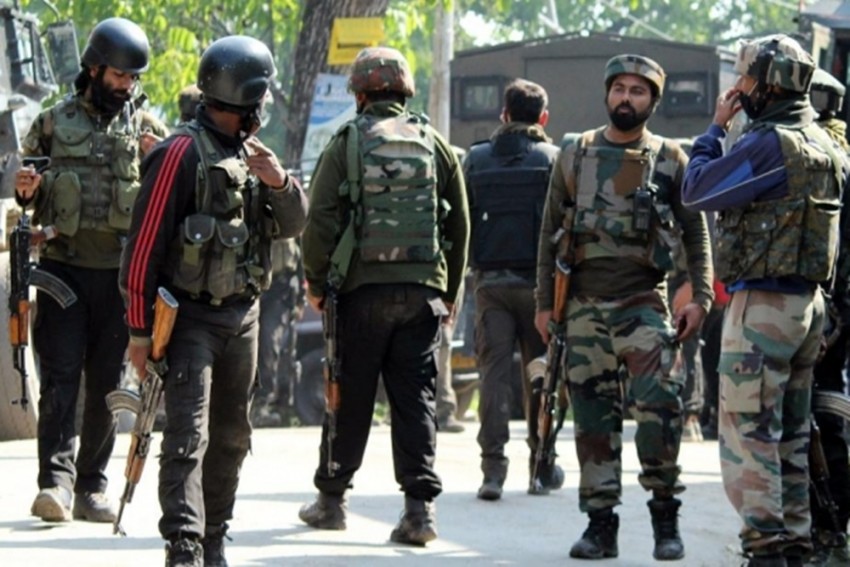 Following the twin drone attacks on Sunday, security forces in Jammu and Kashmir neutralized three Lashkar-e-Taiba (LeT) militants in an encounter in Kulgam district of Jammu and Kashmir in the early hours of Wednesday, police said. The encounter took place in Kulgam's Chimmer village and also resulted in two Indian Army soldiers getting injured.

According to reports, two militants were killed early on in the encounter while a third militant managed to engage security forces for hours before being killed.

Speaking about the incident in further detail, a spokesperson of the police said that the cordon and search operation was launched jointly by the Central Reserve Police Force and the Army in Chimmer based on information they had about the presence of militants in the area.

The spokesperson also added that during the search operation, after the presence of terrorists was ascertained, the latter were repeatedly asked to surrender. However, they opened indiscriminate fire on the joint search party in which two Army soldiers were injured. They were airlifted to the Army's hospital in Srinagar, he said.

"In the ensuing encounter, three terrorists were killed and their bodies were retrieved from the site of encounter. They have been identified as Waseem Ahmad Bangroo, a resident of Redwani in Kulgam; Shahnawaz Ahmad, a resident of Kilbal in Shopian; and Zakir Bashir, a resident of Chimmer in Kulgam. All of them were affiliated with proscribed terror group LeT," he said.

Bashir had recently joined the terror group, the spokesperson said.

According to police records, all three terrorists killed in the encounter were part of a group involved in various terror crimes, he said.