A police spokesman said incriminating materials including arms and ammunition were recovered from the three 'unidentified militants' killed in the encounter. 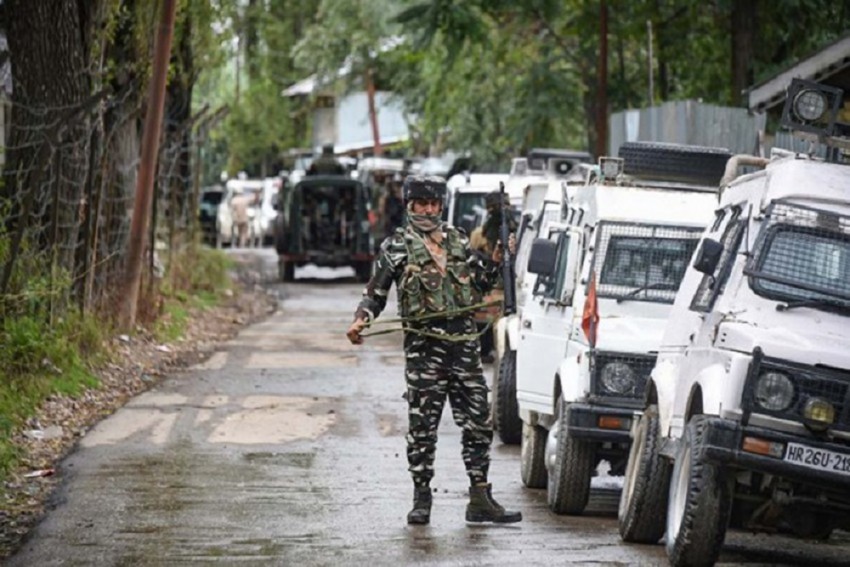 A day after 24 foreign envoys concluded their two-day visit to Jammu and Kashmir, two encounters raged in Kashmir Valley Friday morning leading to the killing of three militants and one Special Police Officer (SPO).

In the first encounter, the police said three militants were killed in Badigam village of Imamsahib area in South Kashmir’s Shopian district which is about 60 km south of Srinagar.

A police spokesman said incriminating materials including arms and ammunition were recovered from the three “unidentified militants” killed in the encounter. The police said the search was going in the area.

Ahead of the encounter, internet services were suspended in the entire Shopian district.

In another encounter at Beerwah area of Budgam, around 20 km from Srinagar, a Special Police Officer (SPO) was killed and a policeman was injured.

The encounter took place after the army and police surrounded the village when they received information about the presence of militants.

Special Police Officer Altaf Ahmed sustained injuries in the initial round of firing. However, he later succumbed to his injuries on the way to the hospital.

Another policeman Manoor Ahmed received injuries and has been taken to the hospital. The exchange of fire continues in the area. It is believed that two or three militants are inside the village.