The newly inducted fleet of five Rafale jets has been carrying out sorties in eastern Ladakh. 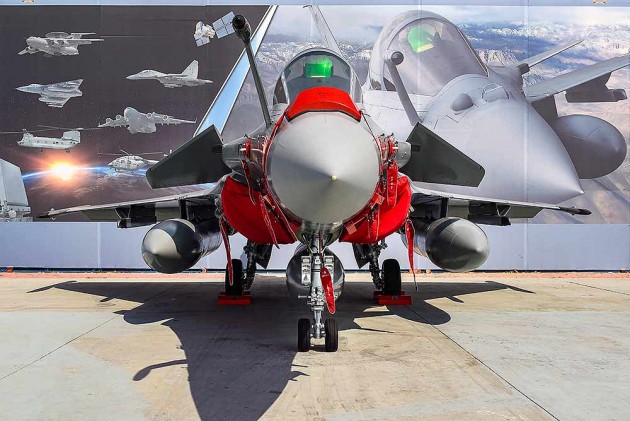 The second batch of three Rafale fighter jets arrived at Jamnagar airbase in Gujarat on Wednesday evening after flying non-stop from France, in a further boost to strike capability of the Indian Air Force when India and China are locked in a bitter border row in eastern Ladakh.

With the arrival of the new batch, the number of Rafale aircraft has increased to eight.
The first batch of five Rafale jets arrived in India on July 29, nearly four years after India signed an inter-governmental agreement with France to procure 36 aircraft at a cost of Rs 59,000 crore.

"Second batch of IAF #Rafale aircraft arrived in India at 8:14 pm on 04 Nov 20 after flying non-stop from France," the IAF said in a tweet.

The Rafale jets, manufactured by French aerospace major Dassault Aviation, are India's first major acquisition of fighter planes in 23 years after the Sukhoi jets were imported from Russia.

The newly inducted fleet of five Rafale jets has been carrying out sorties in eastern Ladakh.
The IAF has deployed almost all its frontline fighter jets like Sukhoi 30 MKI, Jaguar and Mirage 2000 aircraft in the key frontier air bases in eastern Ladakh and elsewhere along the LAC.

Chief of Air Staff Air Chief Marshal RKS Bhadauria on October 5 said that the induction of all 36 Rafale jets will be completed by 2023.

The Rafale jets are capable of carrying a range of potent weapons. European missile maker MBDA's Meteor beyond visual range air-to-air missile, Scalp cruise missile and MICA weapons system will be the mainstay of the weapons package of the Rafale jets.

The IAF is also procuring a new generation medium-range modular air-to-ground weapon system Hammer to integrate with the Rafale jets.

The first squadron of the Rafale jets is stationed at Ambala airbase while the second one will be based at Hasimara in West Bengal.