The boy can be seen sitting on the dead body of his grandfather who was killed in the crossfire during a militant attack in J&K's Sopore. 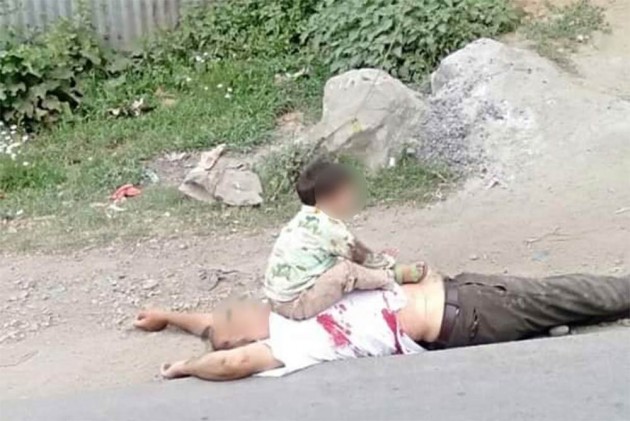 A three-year-old boy was rescued after his grandfather was killed in a militant attack on the Central Reserve Police Force (CRPF) in Jammu and Kashmir's Sopore Wednesday.

In heart-wrenching pictures, the boy can be seen sitting on the dead body of his grandfather who was killed in the crossfire. The boy was picked up by the army and police personnel as they attended to him post the trauma. 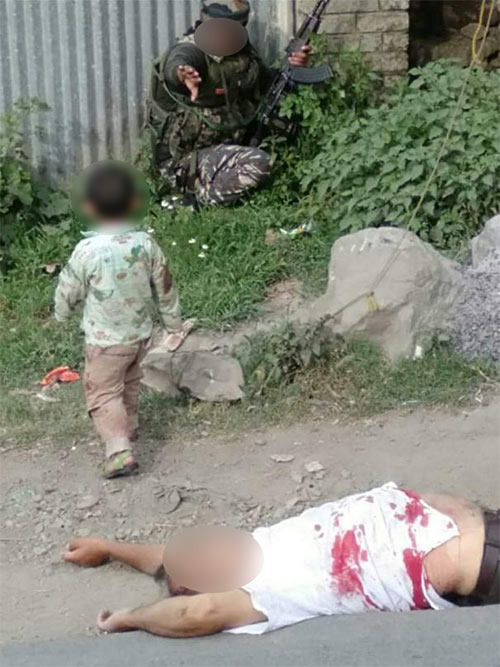 The Kashmir police also tweeted a photo of the child being carried to safety by a policeman.

"JKP rescued a three-year-old boy from getting hit by bullets during a terrorist attack in Sopore," Kashmir Zone Police said in a tweet.

JKP #rescued a three years old boy from getting hit by bullets during #terrorist #attack in #Sopore. @JmuKmrPolice pic.twitter.com/hzqGGvG7yN 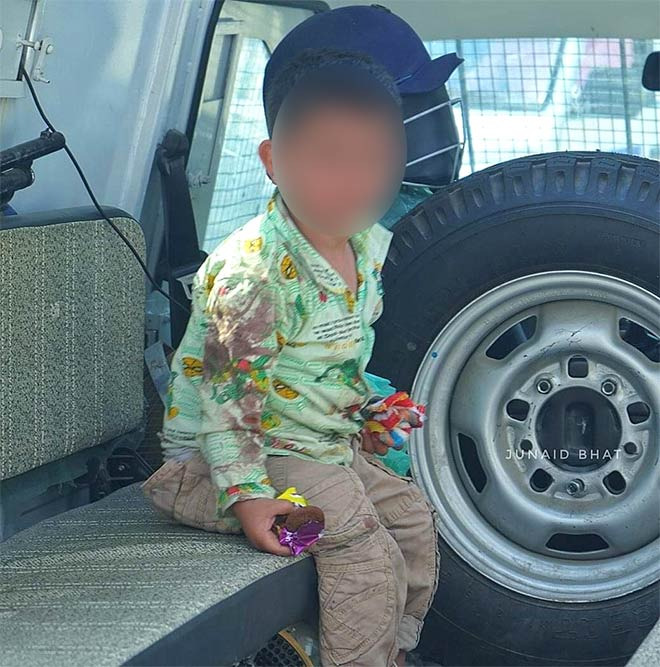 One CRPF head constable was also killed while three security personnel were injured after terrorists struck a CRPF party in Sopore earlier in the day.

The injured CRPF personnel have been rushed to army's 92 base hospital in Srinagar.

The area has been cordoned off and an operation has been launched to nab the attackers.

This is the second attack on CRPF in Sopore in the last three months. On April 18, terrorists fired at a CRPF party killing three troopers.