The incident took place when the two men who were residents of Pawanpar village, had gone to collect Mahua flowers in the Sindewahi forest range. 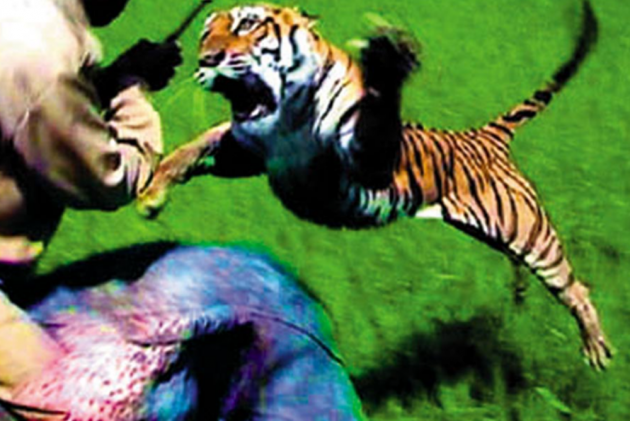 The incident took place when the two men who were residents of Pawanpar village, had gone to collect Mahua flowers in the Sindewahi forest range under Brahmapuri division, Chief Conservator of Forest, Chandrapur circle, N R Praveen said.

It is suspected that a tiger initially mauled one of them to death, and when his relative tried to rescue him, the feline killed him also, the official said.

The bodies of the victims, identified as Kamlakar Rishi Undirwade (60) and Durwas Dhanuji Undirwade (48), were found 200 metres apart in the forest range, he said.

The forest department will provide a compensation to the kin of the deceased after completion of the required formalities, the official said.

The incident spot is around 45 km away from the Tadoba Andhari Tiger Reserve located in the district.