'Whichever party comes to power at the Centre, it cannot neglect the states. It is time to support and embrace all kinds of races,' M K Stalin said. 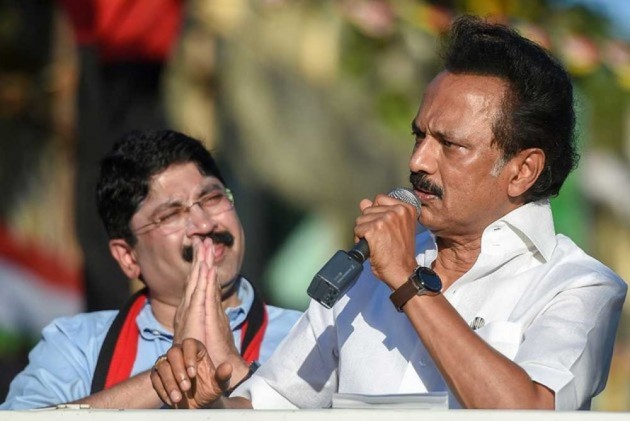 Dravida Munnetra Kazhagam (DMK) President M.K. Stalin on Saturday said that those days were over when it was believed that only Hindi-speaking states made India.

In a letter written to the DMK cadres, Stalin said: "Gone are the days when it was believed that only Hindi-speaking states make India. Now it is time for constructive politics, with a central focus on the states."

"Whichever party comes to power at the Centre, it cannot neglect the states. It is time to support and embrace all kinds of races," he said.

According to the DMK chief, his party will take steps to bring together secular forces in order to implement the Tamil Nadu strategy in other states as well.

The DMK also won 13 of the 22 Assembly seats for which the bypolls held along with the Lok Sabha polls. With this victory, the total number of DMK members in the Tamil Nadu Assembly has increased to 101.