'Time For Pakistan To Accept Reality,' Says MEA After Abrogation Of Article 370

Ministry of External Affairs spokesperson Raveesh Kumar said that Pakistan was nervous because it will not be able to mislead people if there is development in Jammu and Kashmir. 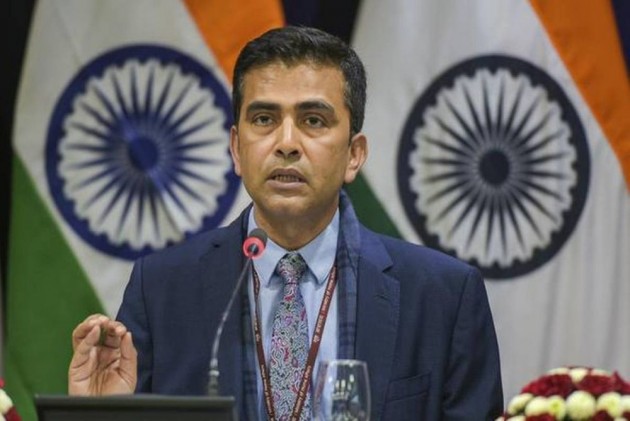 Days after Pakistan downgraded the diplomatic ties with India in wake of Central government's decison to strip Jammu and Kashmir of special status, Indian Ministry of External Affairs on Friday said that it was time for Pakistan to accept the reality.

The MEA statement comes a day after Pakistan suspended the Samjhauta train services with India.

"Pakistan thinks it will not be able to mislead people if there is development in Jammu and Kashmir," Kumar said.

He said the steps by the central government were taken keeping in mind the best interests of J&K.

He further said that if Pakistan tries to internationalise Article 370, which he termed as an "internal matter",  India will see what steps can be taken.

He termed the suspension of Samjhauta Express "unfortunate" and uniltaeral and said the Indian government regrets it.

"We never asked for stoppage. We regret the decision to stop the rail link. It is unfortunate," Kumar, addressing a media briefing, said.

"This is part of the same narrative by Pakistan that bilateral relations have reached an alarming stage," he said.

Pakistan on Thursday stopped the Samjhauta Express at the Wagah border. The train that runs between Indian and Pakistan came with 117 passengers, including 48 Pakistanis.

Pakistan on Wednesday expelled Indian High Commissioner Ajay Bisaria and decided to downgrade the diplomatic ties with India, alleging that New Delhi's move to revoke the special status of Jammu and Kashmir was "unilateral and illegal". Pakistan has banned Indian films from being screened in cinemas across the nation.

Kumar said that Bisaria has not yet returned to New Delhi and the timing of his return is yet to be determined.

"He is not yet in Delhi. We have requested Pakistan for review of their decision. The timing of his return will be determined later," Kumar said.

India on Monday revoked Article 370 of the Constitution to withdraw the special status given to Jammu and Kashmir and bifurcated the state into two Union Territories -- Jammu and Kashmir, and Ladakh.