Time Magazine Article Author A Pakistani, Nothing Better Can Be Expected From Pakistan: BJP

The article, which is a sharp criticism of Modi's leadership, has been written by Aatish Taseer, who is the son of Indian journalist Tavleen Singh, and late Pakistani politician and businessman Salmaan Taseer. 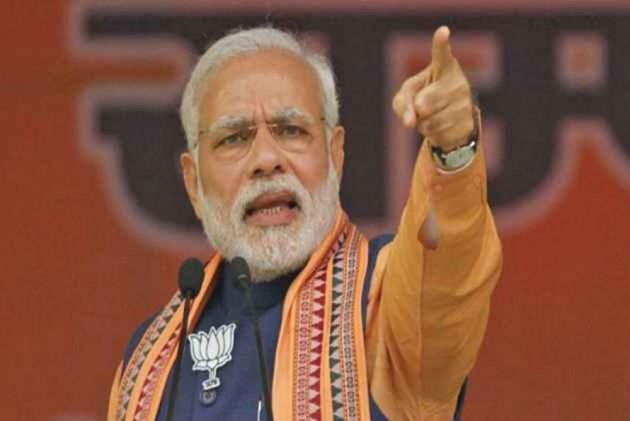 The BJP on Saturday took a dig at the Time magazine article, which called Prime Minister Narendra Modi "divider in chief", alleging it as an attempt to malign his image,  and accusing its author of pursuing Pakistan's agenda.

BJP spokesperson, Sambit Patra told a press conference that article's author was a Pakistani, and that nothing better can be expected from Pakistan. He also took a swipe at Congress president Rahul Gandhi for retweeting the story.

The piece, a sharp criticism of Modi's leadership, has been written by Aatish Taseer, son of Indian journalist Tavleen Singh, and late Pakistani politician and businessman Salmaan Taseer.

Calling the prime minister a unifier, the BJP spokesperson listed a number of welfare measures started by the Modi government to claim that the country was heading towards a new India under his "reforming, performing, and transforming" agenda.

Taking a swipe at Sidhu, Patra said that he keeps making all sort of loose statements, but has not spoken a word against Congress leader Sam Pitroda's "so what" remarks on 1984 anti-Sikh riots.

Pitroda, a close aide of Gandhi and Overseas Congress' head, on Thursday said, 'hua to hua' (So what, it happened) about the anti-Sikh riots. He made this remark in response to a question on the riots by a newsman in Dharamshala in Himachal Pradesh.

Patra claimed Sidhu was targeting Modi at the behest of Madhya Pradesh Chief Minister Kamal Nath, who, he alleged was also involved in the riots.

Sidhu at a poll rally had asked people to defeat "kale angrez", in an apparent attempt to liken the Modi government to the British rule before independence.

The Congress leader had also claimed that Modi was like a bride, who makes noise from her bangles to give an impression that she was working hard but did not really work.

Taking a dig at the opposition party over the Italian origin of its former president Sonia Gandhi, he said the Congress should not be very arrogant about its Italian colour as this will disappear on May 23, when Lok Sabha poll results will be out.

The TIME magazine has featured Prime Minister Narendra Modi on the cover of its international edition with a controversial headline, and a secondary one that reads "Modi the Reformer", as the country enters the final phase of the mammoth general election.

The American magazine's May 20, 2019 international editions - the Europe, Middle East and Africa, Asia and South Pacific - feature the Modi cover story with the main headline "India's Divider in Chief", while the US edition has a cover story on Democrat Elizabeth Warren who is running for the White House in 2020.

The article also said the opposition Congress party had little to offer other than the dynastic principle.