On the fifth international Yoga Day, PM Modi said: 'its time to take Yoga to the village'. The Prime Minister performed yoga at Prabhat Tara ground. 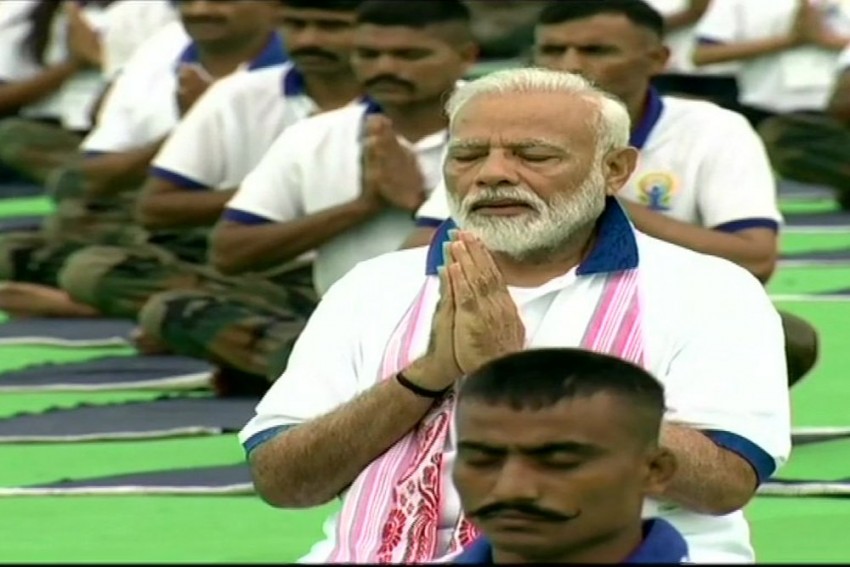 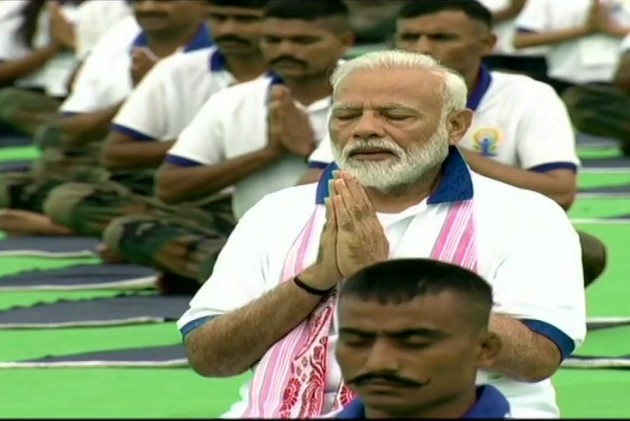 On the fifth edition of International Yoga Day, Prime Minister Narendra Modi hosted a grand event at Prabhat Tara ground in Ranchi on Friday and said it is time to take yoga to villages.

"Now, I have to take the journey of modern yoga from the cities to the villages, to the poor and tribal's house. I have to make yoga an integral part of the life of poor and tribal. Because it is poor who gets the most pain due to illness," he said while addressing an event here.

PM Modi extended good wishes to people, in India and across the globe on International Day of Yoga. "Today, lakhs of people have gathered in different parts of the world to celebrate Yoga Day. I thanked the media to play an important role in promoting Yoga," he said.

"In today's changing times, our focus must be on Wellness as well as protection from Illness. That is the power we get with Yoga, that is the feeling of Yoga and the ancient Indian philosophy," he added.

Jharkhand Chief Minister Raghubar Das and various other ministers were present in the event. Around 30,000 people participated in the event.

The Centre along with state governments has organised various yoga programmes across the country today.

Earlier in the day, Yoga guru Baba Ramdev performed yoga along with Maharashtra Chief Minister Devendra Fadnavis and his followers in Nanded.

Ramdev's organisation Patanjali has today organized programs in one lakh villages across India.

The theme of 5th International Yoga Day 2019 is "Climate Action".

The word "Yoga" is derived from the Sanskrit root 'yuj' meaning "to join", "to yoke" or "to unite". Yoga is based on an extremely subtle science which focuses on bringing harmony between mind and body. Yoga works on one's body, mind, emotion and energy.

The first International Day of Yoga was observed all over the world on June 21, 2015, when over 30,000 people including Prime Minister Modi performed yoga at the Rajpath in New Delhi.