Under the aegis of 'anti-hartal' front, traders have decided to defy hartal calls and open shops, run buses and carry on business from now on. 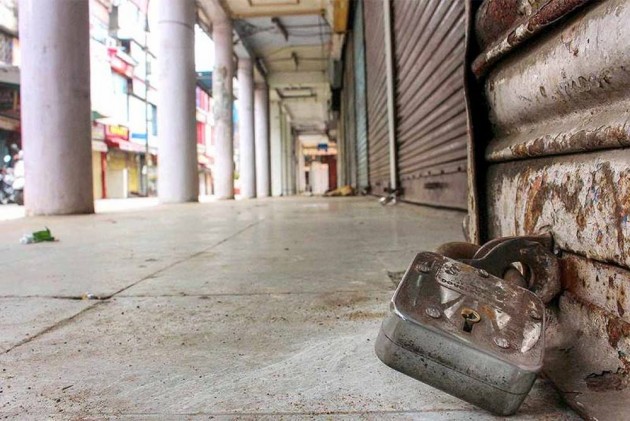 Fed-up with repeated strikes in the state over political issues by various parties in the preceding few months, more than 35 trade and tourism-related organisations in Kerala have decided to jointly observe 2019 as 'anti-hartal' year.

The traders front, that includes Kerala Vyapari Vyavasayi Ekopana Samiti (KVVES), bus owners associations and tourism sector organisations, among others have decided to not halt economic activities in case of any call for hartal and continue trade and commerce activities.

Under the aegis of 'anti-hartal' front, traders have decided to defy hartal calls and open shops, run buses and carry on business from now on.

"There were 97 hartals last year. The traders, hoteliers, bus owners and other establishments were facing loss of crores of rupees due to such flash hartals," KVVES state president T Nasarudheen told PTI.

Earlier, the trouble faced by traders were from trade unions and labour organisations but now their role has been taken over by the political parties, he said.

Nasarudheen also requested media outlets to refrain from reporting on calls for hartal by various outfits.

The KVVES has instead asked them to report on such matters only on the day after the hartal.

The state has witnessed about 97 shutdowns this year, local as well as state-wide, even as a 1997 decision of the Kerala High Court had declared the bandhs as illegal and unconstitutional, according to a report in the Indian Express.

"We are dealing with perishable raw materials. On many occasions, we find out about the hartals only when outlets are ready for open in the morning. Our association will soon take a decision on whether to cooperate with the next hartal," Express quoted Moindeenkutty Haji, president of Kerala Hotel and Restaurant Association. Haji also said that repeated strikes have made life difficult for over "1 lakh entrepreneurs in the hotel industry.

A joint meeting of 28 organisations in the tourism sector, which was convened at Kochi Thursday, passed a six-point resolution to ensure that services of the tourism industry were not hit due to shut down.

The forum-- Kerala Tourism Task Force, an initiative of the Kerala Travel Mart (KTM), that focuses on tourism promotion in the state-- said the tourism industry would vehemently protest shutdowns which have become detrimental to the sector.

The forum also made it clear that they would not participate in the nation-wide strike called by ten central trade unions to protest the government's "anti-worker policies."

A resolution adopted at the meeting demanded that the government provide police protection for the safety and security of tourists and tourism sector and uninterrupted functioning of institutions and services during hartals.

The forum also decided to approach the government and other organizations, seeking to evolve a consensus to bring an end to the trend of enforcing hartals, obstructing free movement and freedom of functioning of service-providers and institutions.

The Bharatiya Janata Party (BJP) had called for a state-wide hartal on December 14 after a 55-year-old man died setting himself afire near the venue of the party's protest at Thiruvananthapuram demanding that restrictions in the revered Sabarimala temple be lifted.

This was the second state-wide hartal in the state within a span of three weeks. Besides this, there were hartals called by the saffron party at Pathanamthitta and Thiruvananthapuram districts as part of their Sabarimala protests.

Many trade organisations have come out openly against the rampant strike calls by the political parties as they were still recovering from the deluge in August.