Prasada alleged that the BJP and the TMC are interested in taking the focus away from real issues because they 'want to hide the failures of their governments'. 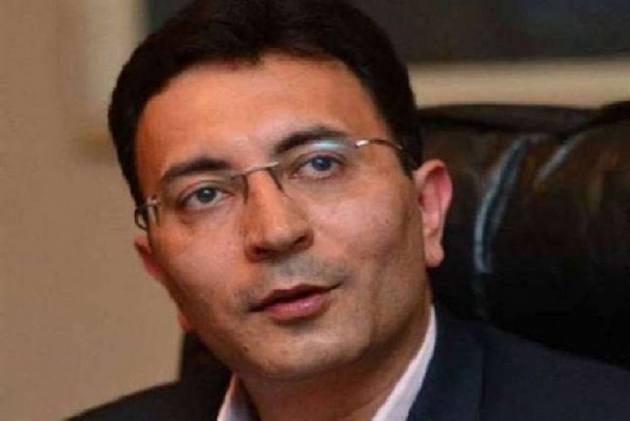 Congress' West Bengal chief Jitin Prasada came in defence of the party's alliance with the Left, asserting that the coalition presents an alternative to people that upholds the identity of Bengal ahead of the assembly polls.

Prasada on Sunday alleged that the ruling Trinamool Congress (TMC) and BJP are busy in "ego battles".

The Congress is holding discussions on seat-sharing arrangements with the Left parties, and a decision is expected to come out "as soon as possible", Prasada said. He asserted that the panel formed to hold talks on it would focus on the "quality" of seats that the party gets to fight.

In an interview with PTI, Prasada said that while the state unit and the All India Congress Committee (AICC) were working closely, there will be no "back seat driving" from Delhi and whatever is in the best interest of the party will be done taking all stakeholders into confidence.

The AICC in-charge of West Bengal said there was a demand from the state leaders for Rahul Gandhi and Priyanka Gandhi Vadra to extensively campaign in the West Bengal Assembly polls and asserted that when the opportune time comes the top leadership will campaign.

Asked about seat-sharing with the Left, Prasada said, "The seat-sharing process and talks are on which we plan to close as soon as possible and we should be having our candidates in place well ahead of time so that we can focus on the seats that the party is fighting on."

"We are very interested that this seat-sharing is finalised so that we can concentrate on joint programmes which will lead to vote transfer more easily," the former Union minister said.

On when seat-sharing talks are expected to be closed, Prasada said a senior-level committee headed by state unit president Adhir Ranjan Chowdhury with Congress Legislature Party leader Abdul Mannan, former state chief Pradeep Bhattacharya and Nepal Mahato as its members is working on it.

"This committee which is in place is very equipped in terms of expertise and knowledge and they will take a decision (on seat- sharing) looking at not only the number but the quality of seats that we are going to be fighting," the 47-year-old leader said.

Accusing the All India Trinamool Congress (TMC) and the Bharatiya Janata Party (BJP) of not focusing on people's issues, Prasada said this election in Bengal should have been about the performance of the BJP-led central government and what it has done for Bengal, as well as about the report card of the TMC, but sadly it has been about "ego battles".

The benefit of a lot of schemes has not been passed on to the people because of the Centre-state conflict, he said and cited that the benefits of the Pradhan Mantri Kisan Samman Nidhi scheme were not reaching the people in West Bengal.

Asserting that there are other critical issues like employment, infrastructure, education, health which are not being talked about, Prasada alleged that the BJP and the TMC are interested in taking the focus away from real issues because they "want to hide the failures of their governments".

The BJP especially wants to impose its own culture on the people of West Bengal which the Congress will not allow, Prasada asserted.

The BJP and the TMC are trying to hide behind frivolous issues and creating an atmosphere of tension and ego, he said, adding that, "We want people of Bengal First, not personal egos".

Asked if this election will be for protecting Bengal''s identity and culture, Prasada said, "Of course, this is one of our main planks especially when the BJP wants to impose its own culture."

He also slammed the Mamata Banerjee-led state government, alleging that there has been a lot of law and order issues which have come to light, and asserted that "we will present an alternative to the people of Bengal".

Asked if the Congress-Left alliance will declare a chief ministerial face, Prasada said there will be a discussion on this issue but first the priority was to ensure that seat-sharing happens and the joint campaign begins.

Underlining that the Congress-Left alliance has a deep-rooted connection with the people of West Bengal, he said the bread and butter issues have been put on the back burner which the alliance will bring to light.

The election for the 294-member West Bengal assembly is likely to be held in April-May.