The TMC claimed that the audio clip had 'blown the lid off' the nexus between the BJP and the Election Commission. 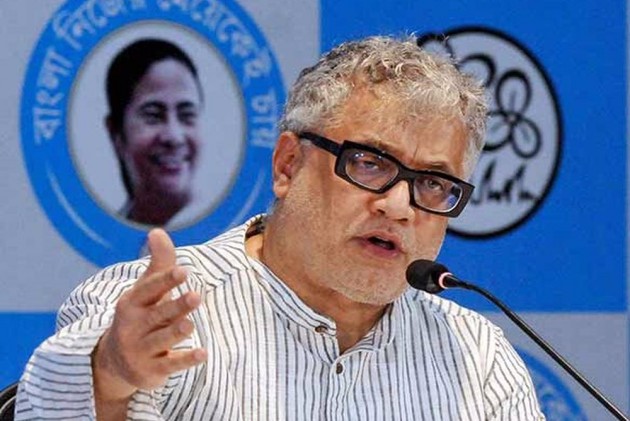 Reacting to Union Home Minister Amit Shah's allegation that the release of the audio clip by the ruling party in West Bengal proved that phones of opposition leaders were being tapped in the state, TMC's national spokesperson and Rajya Sabha MP Derek O'Brien said that it was up to the BJP to find out who had leaked it.

"If there is a conversation between A and B, logic demands that either A or B has leaked the information," O'Brien told a press conference in Kolkata.

"We were so far thinking that Khela Hobe (game will happen) means the battle between the TMC and the BJP. Now there seems to be another group. Let them (BJP) figure it out by themselves," he said, indicating that there is a disgruntled camp in the saffron party which has leaked the audio clip.

O'Brien also asked the members of the media to find out who was behind the leaking of the audio tape.

The TMC on Saturday released to the media an audio clip of the purported conversation between Roy and Bajoria, who is also an industrialist.

In the audio clip, Roy is heard telling Bajoria to convince the EC to allow polling agents, even from outside a given constituency, to function at all polling stations.

"See, we have to include this point while meeting the EC. We have to say that this rule that polling agents can only be deputed in their localities should be changed. The only criteria should be that the person is a citizen of the state. The BJP won't be able to have its agents in a large number of booths otherwise," Roy purportedly told Bajoria.

Polling agents of parties, under the existent rules, are allowed only at booths in localities where they normally reside.

The rule had been relaxed last week to allow agents to be appointed from any part of an assembly constituency.

At a press conference in New Delhi, the Union home minister hit out at the TMC claiming that the release of the audio shows that phones of opposition leaders were being tapped in West Bengal.

The TMC claimed that the audio clip had "blown the lid off" the nexus between the BJP and the Election Commission.

O'Brien said that the poll panel apparently changed the time tested provision at the behest of the BJP which doesn't have enough people to deploy as agents in every booth and the TMC opposed this alteration.

"The BJP is literally desperate. They (BJP) have got together all agencies. They are doing this to counter Mamata Banerjee and her development initiatives," the Rajya Sabha MP said.

However, no such ploy will be able to stop Banerjee's victory and "the gas balloon of (Prime Minister Narendra) Modi and Shah will be deflated on May 2" when votes will be counted, he said.

Referring to Shah's assertion that the BJP will win over 200 seats in the 294-member West Bengal assembly, O'Brien said that the senior BJP leader has a poor track record in making such predictions.

"Shah had predicted a landslide victory for the BJP in Bihar in 2015 assembly polls and his party got much fewer seats. In Delhi, the BJP had got a few seats in the 2015 and 2020 assembly polls. Similar is the case with Jharkhand and Maharashtra in recent times," he said.