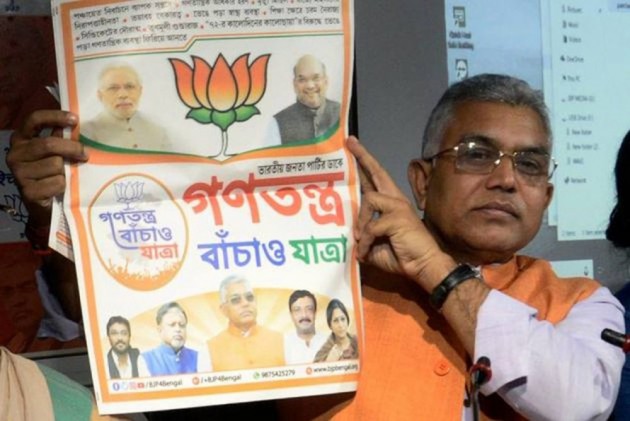 Hitting out at the TMC government in West Bengal, BJP state president Dilip Ghosh on Saturday alleged that the Mamata Banerjee-led dispensation is involved in corruption and that the people of the state are "frustrated" with the ruling party.

Speaking at a rally in East Midnapore district, the BJP MP said, "There is misrule and corruption everywhere in West Bengal. People have lost faith in this government. People are frustrated. They want to put an end to the government’s corruption.”

Ghosh also said several disgruntled TMC leaders are keen to join the saffron party. "They (leaders in the TMC) are not shown respect there and that is why they are keen to join our party. We are ready to welcome them. They will be treated respectfully,” he said.

Incidentally, at least 3,500 members from the TMC and the CPI switched over to the saffron party on Saturday.