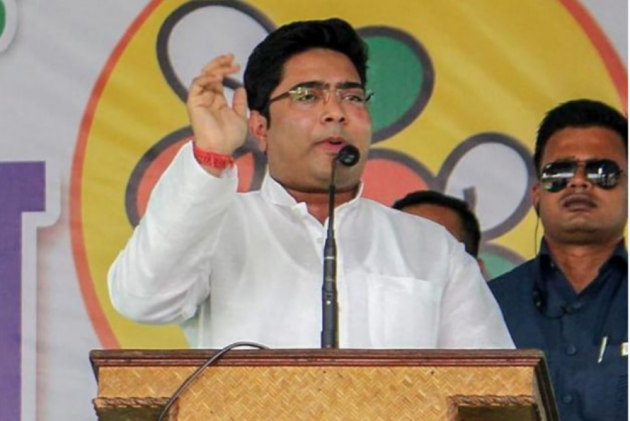 Trinamool Congress on Sunday lambasted BJP government for purportedly using image of a Kolkata flyover in Uttar Pradesh government advertisement to project the economic progress of the state under Chief Minister Yogi Adityanath.

The advertisement titled 'Transforming Uttar Pradesh under Yogi Adityanath' showed an image of a flyover painted in blue-and-white colours synonymous with the TMC government along with high-rises and industries juxtaposed below a cut-out of Yogi Adityanath.

"Before 2017, UP was not taken seriously with regard to investment, but in his four-and-a-half-year rule, that negative perception has been broken and in 2020, it has emerged as the second largest economy in the country," the message in the advertisement read.

The Indian Express, which had carried the advertisement, issued a corrigendum saying, "A wrong image was inadvertently included in the cover collage of the advertorial on Uttar Pradesh produced by the marketing department of the newspaper. The error is deeply regretted and the image has been removed in all digital editions of the paper."

The TMC, however, left no opportunity to ridicule the BJP over the episode, claiming that the saffron party has now indirectly accepted the "development spree" under the Mamata Banerjee government and even tried to appropriate it.

"Transforming UP for @myogiadityanath means stealing images from infrastructure seen in Bengal under @MamataOfficial's leadership and using them as his own! Looks like the 'DOUBLE ENGINE MODEL' has MISERABLY FAILED in BJP's strongest state and now stands EXPOSED for all!" TMC national general secretary Abhishek Banerjee tweeted.

Transforming UP for @myogiadityanath means stealing images from infrastructure seen in Bengal under @MamataOfficial's leadership and using them as his own!

Looks like the 'DOUBLE ENGINE MODEL' has MISERABLY FAILED in BJP’s strongest state and now stands EXPOSED for all! https://t.co/h9OlnhmGPw

"Mr. @narendramodi is so helpless to save his party that other than changing CMs, he has also had to resort to using pictures of growth & infrastructure seen under @MamataOfficial's leadership, as his own. #BengalModel > #BJPRuledStatesModel Mr Modi?" Mukul Roy, who has returned to the TMC after winning a West Bengal assembly seat on a BJP ticket, tweeted.

State Transport Minister Firhad Hakim said, "By posting the image of our pride Maa flyover of Kolkata as one built in Uttar Pradesh, the BJP government in the northern state has touched a new low of falsehood. It also indirectly admitted the spree of development under the rule of Mamata Banerjee in West Bengal and tried to appropriate it as its own."

The West Bengal BJP tried to save face saying that even if the image was indeed that of Maa flyover, the TMC government does not have any other infrastructural development to flaunt.

"Several expressways have been built under the Adityanath government in UP. In comparison, West Bengal has witnessed several flyover collapses in the last few years.

"It is yet to be confirmed whether the image is that of Maa flyover as claimed by the TMC. But their knee-jerk reaction to the advertisement proves they don't have anything else to flaunt. Even if it is indeed the image of Maa flyover, it was nothing but a mistake and does not take away Adityanath's credit for accelerating UP's growth," West Bengal BJP general secretary Sayantan Basu said. (With PTI inputs)