The party has made quick moves in the past month or so, inducting people from the Congress outside Bengal. It has indicted Sushmita Dev in Assam, former Chief Minister Luizinho Faleiro in Goa, Rajesh and Lalitesh Tripathi in Uttar Pradesh and a clutch of leaders in Tripura. 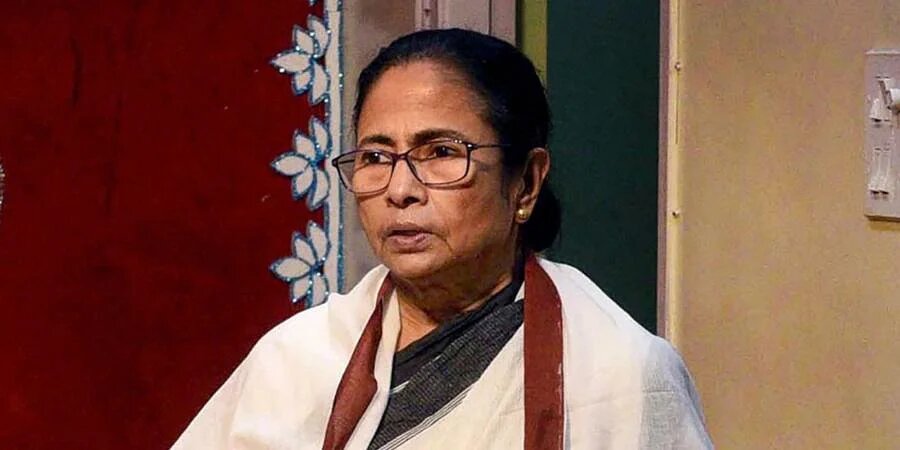 The All-India Trinamool Congress has set the ball rolling to expand beyond Bengal to send out a message that it is not just a regional party.

It has made quick moves in the past month or so, inducting people from the Congress outside Bengal. It has indicted Sushmita Dev in Assam, former Chief Minister Luizinho Faleiro in Goa, Rajesh and Lalitesh Tripathi in Uttar Pradesh and a clutch of leaders in Tripura.

Is this an attempt to ‘replace’ the Congress rather than joining hands with it to counter the BJP?

“It is survival of the fittest. The weakest don’t survive in politics. If you say that our fighting in Goa will weaken the Congress, are you accepting that the Congress is weak? None is saying it will weaken the Aam Admi Party,” Sushmita Dev told Outlook. “Right now, politics in the country is only between those who are pro- and-anti Modi. There is no third position. Those who are anti-Modi would love to see a firebrand leader take him on. Mamata Banerjee has become that brand after defeating the BJP in Bengal. There is demand for such a leader, and you supply what is in demand.”

A TMC leader told Outlook that the defections could not be termed as “poaching”. “Poaching is when you buy someone out. Here, it is people leaving the Congress as its troubles aren’t ending and it can’t take on the BJP. Mamata Banerjee will take 10 years to build leaders outside her state. So, she is allowing those who are already leaders in their own right but wanting to leave the Congress to join the TMC entry into the party,” the leader said.

The defections come at a time when leaders of the Trinamool Congress have publicly dismissed the Congress’ claim to being a party that can pose a challenge to the BJP and even asked the Bengal Congress to merge with the TMC if it has to survive.

Meanwhile, Banerjee is on her maiden visit to Goa and has appealed to political parties to join forces to defeat the BJP.

Making it clear that the TMC is interested in expanding beyond Bengal, the party’s mouthpiece Jago Bangla has said that Congress politics is limited to tweets. It has also accused the Congress of having made no serious effort to build meaningful coalitions against the BJP, making the Congress sink in 2014 and 2019.

The Congress on its part asked the TMC two days back to introspect whether it was getting active in Goa to strengthen the BJP. Reacting to the barb, Sushmita Dev, who has just left the Congress to join the BJP, sought to know why the Congress contested in Bengal and Tripura, where it had been reduced to a mere signboard.

A TMC leader said that the barbs on the Congress have increased, as the latter’s self-image does not match its electoral heft any longer.

“Yes, the TMC is attacking the Congress. But the deeper reason is that the Congress tries to throw its weight around without the ability to defeat the BJP anywhere in a direct contest,” said the TMC leader. “There are around 125 seats in a few states taken together where the Congress is in a direct fight with the BJP. Here, it has been decimated in 2014 and 2019. However, it tries to either field candidates against regional parties fighting the BJP – as in Bengal – or tries to extract an alliance where it demands many more seats than it deserves and ends up making the BJP win, as in Bihar.”

The leader said that the tough massage is to make it clear to the Congress that it cannot grow on the shoulders of regional parties and should invest its energies in direct battles with the BJP rather than in playing ‘spoilsport’ for other opposition parties.

Meanwhile, the internal troubles of the Congress are making its leaders join the BJP and other parties, including the TMC.

A TMC leader spelt out to Outlook the strategy of the party on condition of anonymity: “The party is looking to make an electoral dent in smaller states like Tripura and Goa, as it is possible to enroll the support of entrenched leaders there and increase its vote percentage. Sushmita Dev may be from Assam but has been inducted more with an eye on Tripura, as her father was an MP from there.”

The induction of Lalitesh Tripathi in UP, however, is not aimed at immediately making an electoral impact in a large state like UP, said the leader. “His entry is a statement that people from eminent political families outside Bengal also see the TMC as a viable alternative,” the TMC leader said. “The TMC will be looking more at UP 2024 than at UP 2022.”

Talking to Outlook, Lalitesh Tripathi, who is the great-grandson of former UP Chief Minister Kamlapati Tripathi, came clear on his reasons for quitting the Congress.

“My family was in the Congress for four generations, as we believed in the Congress worldview. However, the party is inducting people from a certain ideology in large numbers. I had no problem with others joining the Congress but their ideology should not become the ideology of the Congress,” Tripathi said, referring to inductions from the left parties into the Congress in recent times. “My great grandfather had warned against this as early as the 1980s. I do not agree with the BJP and Samajwadi Party. So, I chose the TMC, which is more motivated version of the Congress.”