Trinamool Congress chief and West Bengal Chief Minister Mamata Banerjee might have put up a brave front and scoffed at the exit polls—which indicate a strong BJP performance in Bengal—but the picture on the ground tells a different tale. 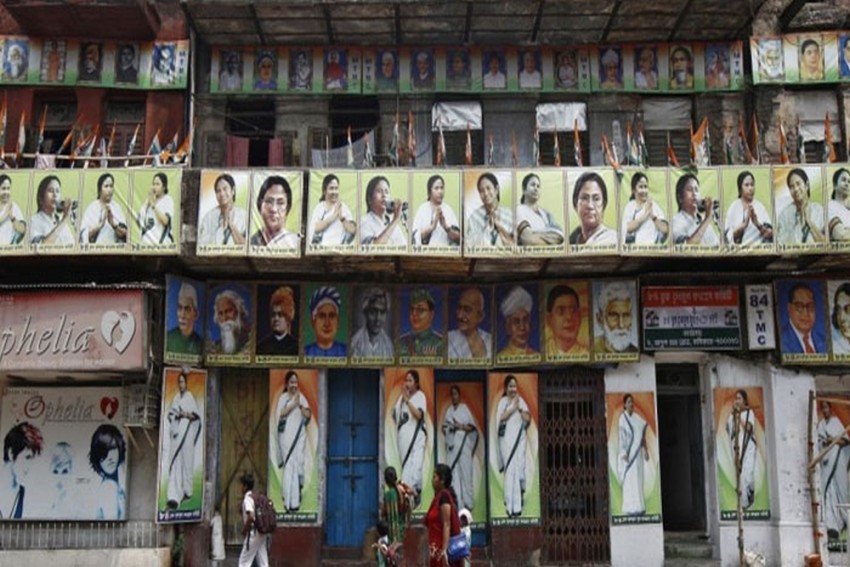 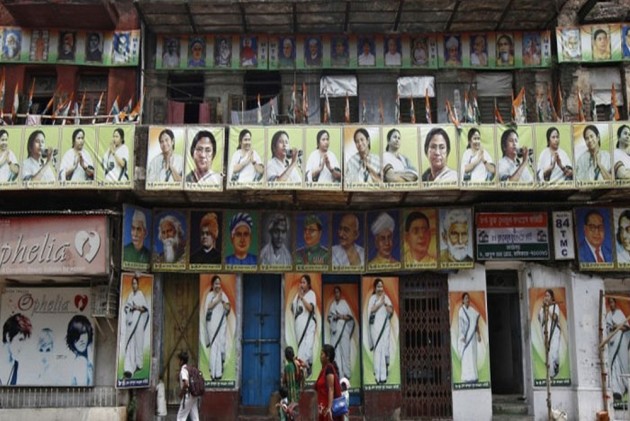 With not a single senior party functionary showing up on May 20, Trinamool Congress (TMC) headquarters in Calcutta wore a deserted look, a day after the exit polls predicted a saffron surge.

Usually teeming with party workers, supporters, top-rung leaders and hangers-on, the three-storeyed Trinamool Congress Bhawan, the party headquarters at 36G, Topsia Road in Tiljala on the southeastern fringe of the metropolis, lacks the usual bustle. Only five party workers, including a woman, are seen lazing under a shed outside the entrance.

The only party functionary present was an attendant at the ‘office’ next to the party president’s ‘chamber’. Busy surfing the television newschannels, he is taken by surprise when this reporter paid a visit.

“I am not authorised to speak to the media, please contact either Subrata Bakshi (TMC state president and party general secretary) or Partha Chatterjee (the other general secretary and spokesperson) if you want any information,” he says.

When pressed for more information, the attendant says, “Senior party leaders have been busy campaigning and have not been coming to the party headquarters. If you want to meet senior leaders, please come back in the evening".

One from the group of five sitting outside says, “If you want to meet top party leaders, you should go to Didi’s house and office in Kalighat. That is where all the action will happen today, not here at the party office.”

“Aare moshai, aapnar ki kono kaaj nei, apni eai roddure ghure beracchen (Don't you have anything better to do than roaming about in this afternoon heat)," volunteers one, suggesting a break from the searing heat.

The group then resumes their discussion on how exit polls may not be a reflection of what's to come on May 23.

“Exit polls are unpredictable, and results can be just the opposite,” says the lone woman supporter, adding even in 2004 pollsters had got most predictions wrong.

“We like Didi and do not believe in such exit polls,” she says, rattling off a roster of the ‘good works’ Mamata had done for West Bengal. “The exit polls will again be proved wrong...we have seen it in the 2011 assembly elections and in the 2004 general elections,” she reiterates.

However, a middle-aged woman who sells tea outside the TMC office, too, exudes optimism.

“Banglai keu didi ke harate parbe na…jotoi Modi Kedarnath-Badrinathe dhayan koruk (No one will be able to defeat Didi in Bengal…despite Modi meditating in the caves of Kedarnath and Badrinath),” she says. A policeman sipping tea nods in agreement.

Exit polls on Sunday predicted a massive surge for the BJP in West Bengal, with India Today-Axis My India exit poll giving the saffron party 19-23 seats in the state.