'I Am Like Laila Of Politics With Many Majnus', Says Owaisi

Earlier in the day, senior TMC leader and MP Sougata Roy said that the "AIMIM was nothing but a proxy of the BJP". 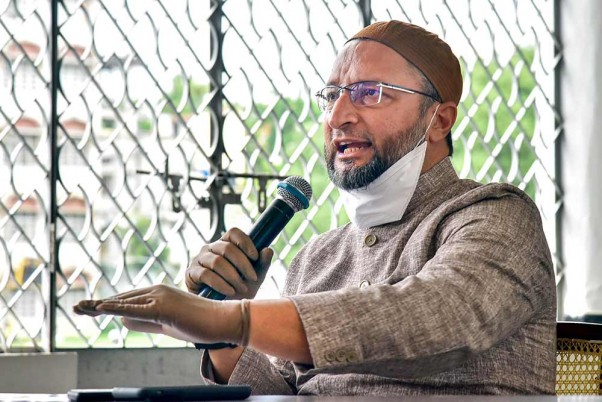 AIMIM chief Asaduddin Owaisi on Sunday said TMC supremo Mamata Banerjee, instead of pointing accusatory fingers at his outfit, should introspect and ascertain how the BJP managed to clinch 18 Lok Sabha seats in the state.

Owaisi, who was here to hold a meeting with Muslim cleric Abbasuddin Sidiqqui, rejected TMC's claims that his party was a "B-team of the BJP", and would eat into anti- saffron camp votes.

"We are a political party; we will establish our presence and fight the elections (in West Bengal).

"... Bharat ke siyasat ka mai Laila hu, aur mere Majnu bahut hai, usse koi faraq nehi parta (I am like Laila from the popular folklore who has many admirers, but that doesn't matter)," Owaisi told reporters, hinting that many parties wish to benefit from his political endeavours.

Later, while talking to a news channel, he said his party was yet to decide if it would contest the elections on its own or forge an alliance with another outfit.

The AIMIM chief, however, stressed that he has the support of 'peerzada' Siddiqui of Furfura Sharif -- a much- revered shrine in Bengal's Hooghly district.

Rubbishing the TMC's claim that the AIMIM helped the BJP-led NDA win the Bihar assembly elections, he said his party had contested 20 seats in the neighbouring state, of which it won five and the Mahagathbandhan nine, while the NDA managed to bag six constituencies.

"The TMC should introspect and find out what worked in BJP's favour during Lok Sabha elections. The party should analyse why its members were leaving..." Owaisi said.

Asked about the issues that he would highlight during his election campaigns in Bengal, he said "underdevelopment and political empowerment of weaker sections" would be his party's two major poll planks.

Earlier in the day, senior TMC leader and MP Sougata Roy said that the "AIMIM was nothing but a proxy of the BJP".

"Owaisi is well aware that Muslims here are mostly Bengali-speaking, and won't support him. He is trying to forge ties with Abbas Siddiqui, but that won't yield any result. Muslims in Bengal stand firmly by Mamata Banerjee," Roy said.