TMC predictably swept the Kolkata Municipal corporation elections but the Left came second in 65 wards, against 54 for BJP, and secured about 11 per cent votes, against BJP’s 9 per cent share. 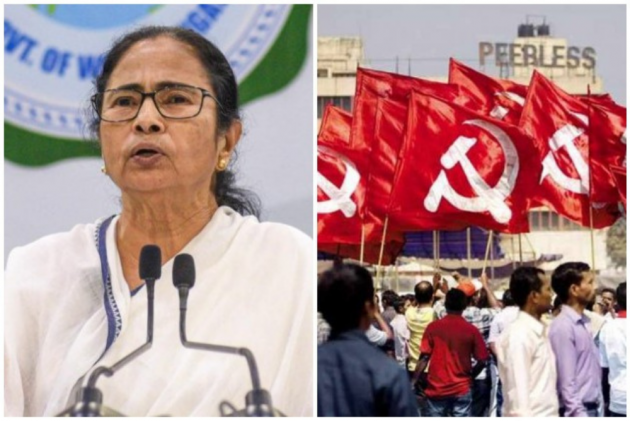 Kolkata: Mamata Banerjee’s Trinamool Congress predictably swept the Kolkata Municipal Corporation (KMC), winning 134 of 144 seats and bagging 72 per cent of vote share. However, the most interesting trend was the return of the Left to the space of the main opposition in Kolkata.

Even though the BJP won three seats, one more than the Left’s tally of two, Left parties bagged a higher share of votes than the saffron party. Contesting in 128 wards, the Left’s vote share stood around 11 per cent, while the BJP, which contested in 142 wards, secured only about 9 per cent of the polled votes. In 65 wards, the Left came second, while the BJP came second in 54 wards.

Of the rest of the seats, Congress won two and came second in 14 seats. Three Independents have also won but all of them are likely to join the TMC, helping the party take its tally to 137, an all-time record.

In the 2015 KMC elections, the TMC had won in 114 wards, while the Left won in 15, the BJP in seven, the Congress in five and independents in 3 wards. However, the state’s political equations regarding opposition space witnessed a tectonic shift from the 2018 panchayat elections, with the BJP emerging as the TMC’s main rival at the cost of declining support for the Left.

The Left’s vote share in this KMC election stood about 1 percentage point above what it got in Kolkata in the assembly elections held seven months ago but the BJP’s vote share nosedived in that comparison.

This could have crucial implications for the voting trend in the election to 111 civic bodies across the state that are to be concluded in the next five months.

The TMC’s dominance was well expected but their winning margins in some of the seats were extraordinary, to say the least, as they were as big as usual assembly election margins.

“In ward 109, the TMC got more than 80% of the polled votes. This is no normal result, it does not sound organic,” said psephologist Biswanath Chakraborty, a professor of political science at Rabindra Bharati University in Kolkata.

The BJP, which is now the main opposition party in the state assembly with 70 MLAs, had won 7 seats in the 2015 KMC elections. This time, only two of its veteran corporators, Meena Devi Purohit and Vijay Ojha could manage to hold fort, while the son of veteran TMC-turned-Congress-turned-BJP leader Pradip Ghosh wrested a seat for the saffron party away from the TMC.

Purohit won from ward 22 for the sixth straight term, while Ojha retained his seat in the neighbouring ward 23. “My ward is my home. People take me as one of their own. That is why in my ward the TMC could not disrupt the fair polling,” Purohit said.

The TMC had fielded six sitting MLAs and a Lok Sabha MP in the contest and all of them have won.

From ward 88, Kolkata South Lok Sabha MP Mala Roy was fielded again and she has won for the fifth straight term. She had served as the chairperson of the last KMC board and her name is doing the rounds as a possible mayoral candidate.

“The mayor will be elected on December 23,” chief minister Mamata Banerjee said in the evening, while congratulating the people for such a massive show of support for her party.

Her nephew and the TMC’s all-India general secretary Abhishek Banerjee wrote on Twitter, “People of Kolkata have once again proven that politics of HATE & VIOLENCE have NO PLACE in BENGAL! I thank everyone for blessing us with such a huge mandate. We are truly humbled and shall always remain committed in our goals towards YOUR BETTERMENT! Thank you Kolkata."