The ruling BJP feels that entry of more parties in the fray will come to its advantage as they will cause division of opposition’s votes. 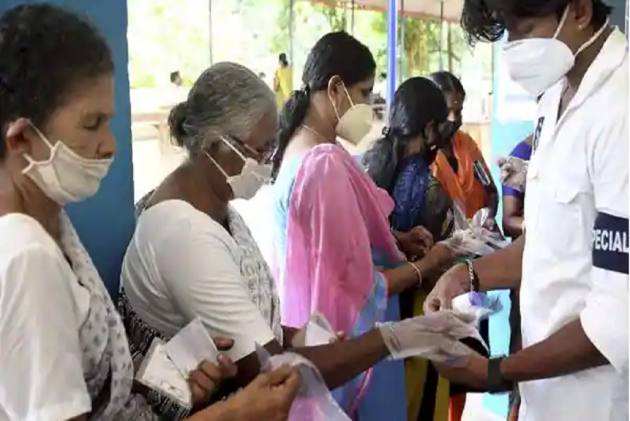 Next year’s Goa Assembly elections are expected to be a multi-party and keenly-watched affair with the entry of new parties in the fray.

There are already prominent players like the ruling BJP, opposition Congress, Arvind Kejriwal-led AAP and Shiv Sena who are eyeing to fight the polls independently.

Besides them, Mamata Banerjee’s Trinamool Congress (TMC) and two regional outfits have also declared that they will field candidates in the Goa polls.

The two regional outfits that will be trying their luck for the first time are Revolutionary Goans and Goencho Avaaz.

Besides them, the Goa Forward Party (GFP) and the Maharashtrawadi Gomantak Party (MGP) are also there in the power game.

The BJP, which has been in power in the state since 2012 and is vying to continue to be at the helm for the third consecutive term, feels that the more number of parties there are in the fray, the better for it as it will cause division of opposition’s votes.

The TMC, which is currently in power in West Bengal, recently said that it plans to contest all 40 seats in Goa.

Former Congress MLA Luizinho Faleiro joined the TMC a few days back. MGP's former legislator Lavu Mamlakar also joined the Mamata Banerjee-led party. But after that, no other influential local leader has done so.

The Aam Aadmi Party (AAP), which rules in Delhi, has also thrown its hat in the ring this time again. It had contested the 2017 Goa Assembly polls, but failed to open its account.

The opposition Congress, which has been vying to return to power, seems to be averse to start talks on alliance with like-minded parties.

"It's not my mandate. It is for the high command to decide," Goa Pradesh Congress Committee chief Girish Chodankar told reporters recently when asked about the alliance.

In 2017, the Congress had won the highest 17 seats in the 40-member House, restricting the BJP to 13. However, surprising the Congress, the saffron party allied with regional parties and formed government under the leadership of senior leader Manohar Parrikar. The party currently has only four MLAs.

The GFP, which had initiated the talks of joining hands with the Congress, has also announced that the proposal was on hold.

The Nationalist Congress Party (NCP) also has its presence in the state with its lone MLA Churchill Alemao.

A few days back, Shiv Sena leader Sanjay Raut said his party would contest 22 to 25 seats in Goa, where elections due in February next year. The party had fought the 2017 election in alliance with other political outfits, like the MGP, but failed to win any seat.

Some leaders feel that it was necessary for the opposition parties to come together in order to defeat the ruling BJP.

"Stitching a coalition of opposition parties is the way ahead to defeat BJP in the state. All the parties announcing to fight 40 seats individually will result in giving edge to BJP," Independent MLA Rohan Khaunte said.

The BJP, however, seems to be meticulously preparing itself for the big fight.

The party has already announced that its campaign would be led by Chief Minister Pramod Sawant. It has been working in all the 40 assembly constituencies.

Former Maharashtra chief minister Devendra Fadnavis has been made the party’s election in-charge and he has held a number of meetings during his recent visit to the state.

Although the party is grappling with infighting, the intervention of leaders like Fadnavis seems to be helping it tide over the crisis.

"More entrants will be an advantage to the BJP as opposition’s votes will get divided. But we are not banking on the division of votes as our aim is to strengthen the party in all the 40 constituencies," a party leader said.