TMC leaders alleged that BJP goons attacked the vehicle of 14 party youth leaders in Tripura and that the police helped the goons by leading the car to the locations where mobs had gathered. 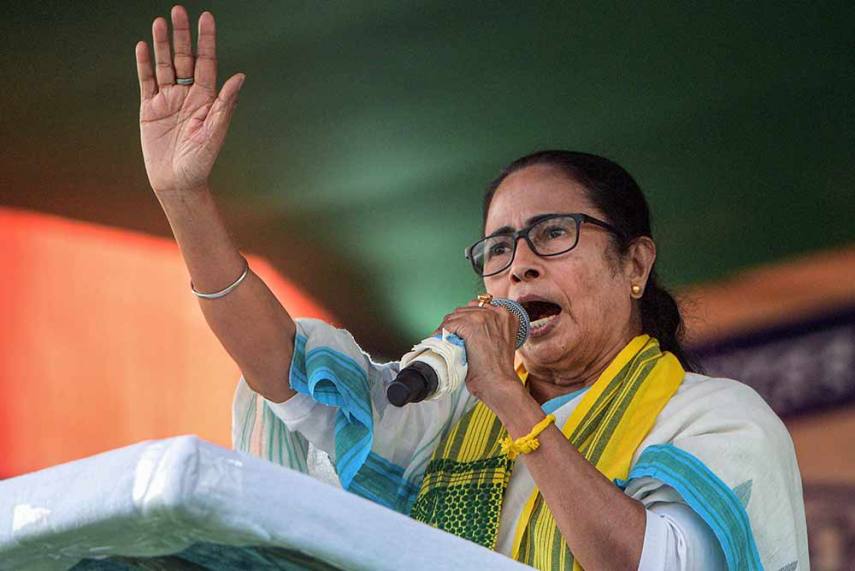 Trinamool Congress urged the National Human Rights Commission (NHRC) to visit Tripura and witness the lawlessness going on here and how the voice of the opposition is being throttled.

Addressing a press conference in Agartala on Monday afternoon, TMC spokesperson Kunal Ghosh said, “Where is the National Human Rights Commission which has turned into a BJP affiliated organization? When attacks are taking place in Tripura and democracy is at stake under the ‘gundaraj’ and ‘jungalraj’ going on here, where are they? Come here and see the video clips of all those who have been attacked. Speak with the victims who have been attacked, illegally arrested, see the houses and party offices that have been vandalized.”

“You people have turned the NHRC into a BJP rights commission. We demand that you leave behind your attitude of political slavery and visit Tripura," Ghosh said. He further accused the police in Tripura of being in collusion with goons who allegedly attacked TMC members last week.

"We have a specific complaint that on the day when TMC leaders were attacked, the police had led our 14 youths towards the mobs because they on their own did not go through that route. They had a police escort and were not supposed to take that route. But the police escort intentionally diverted them that way where BJP supporters were waiting to attack," Ghosh alleged.

He further added that the youth leaders wanted to return but the police told them to stay back as it was not safe. In the morning, however, the police arrested them for violation of the night curfew.

"Police have been used to lead the TMC leaders towards the trap where they were attacked by BJP supporters and later arrested on the basis of baseless allegations. The police have given no reply to Abhishek Banerjee.”

Ghosh also alleged that not only TMC workers but even the lawyers who came to appear for TMC supporters were not allowed to enter the court and their vehicle was attacked by  "BJP goons" in front of the police who were mere spectators with not a single arrest being made.

Furthering Ghosh's statements, former TMC MLA Samir Chakraborty alleged that the TMC leadership had requested time to meet the Governor of Tripura but had been denied.

“We came here to inform the people about our political agendas. But people had gathered by the roadside at various spots to stop us and attack our vehicles with stones. I am not aware of such a barbaric attack anywhere else in India. The day before yesterday, TMC asked for time from the state’s governor but was informed that no appointments can be given before August 15. What is his work, what is he busy with? On the contrary, in West Bengal, we find that the BJP affiliated Governor is meeting with 50 MLAs at a time as if Covid norms are not applicable there and only for here. We wanted permission for eight to meet the governor but were informed that only six persons can be allowed due to Covid.” Chakraborty asked.

“For West Bengal, there is one law and for the BJP ruled state,s there is a different law because the boss is Amit Shah and the Governor may lose his job so he has refused in order to please the BJP. My question is even after submitting written complaints to the DGP, so many channels are telecasting video clips of the attacks on the vehicle of Abhishek Banerjee. But till now there has not been a single arrest, why?” he added.

Ghosh further observed that as the farewell knell has already started ringing, CM Biplab Deb was now scared of his own shadow.

Meanwhile, BJP has denied all of TMC's allegations.

Speaking to reporters, BJP MLA Sushanta Choudhury, who was a former Youth Congress leader along with six other Congress MLAs of Tripura before 2018, said, “Mamata Banerjee has never been serious with Tripura and then came here to get only six per cent of the vote share to save TMC’s national party identity. Now again she is trying to destabilize the peace and development of Tripura. But the people of the state have rejected her.”