TMC Urges People To Be On Guard Against Fake News 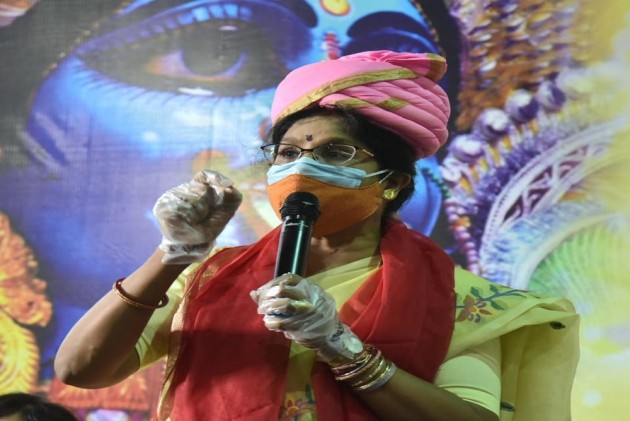 The ruling Trinamool Congress on Tuesday urged people of West Bengal to be on guard against the spread of fake news alleging it was being done to hide Chief Minister Mamata Banerjee's the success in implementing various social welfare projects.

West Bengal minister of state for women and child development and social welfare Shashi Panja said doctored videos are being circulated to create confusion among the people.

Panja, who was speaking to the media, did not, however, name anyone or specify any instance.

"The success story in social welfare projects are being sought to be hid by some persons who are uploading false and doctored images. These elements don't want people to know that Bengal is at the top in respect of welfare schemes, in empowerment of women in various spheres. All the relevant figures in social welfare schemes will drown the false propaganda on social media against our government," she said.

While Rs 147.5 crore had been spent benefitting 142 lakh families in the Swasthya Sathi scheme, 5.58 lakh young women came under the Rupashree project for which Rs 1400 crore has been spent till now since its inception in 2018, the minister said.

Of the 88 fast track courts for speedy trial of cases of crime against women 46 are run by women, she said adding these feats by the state are sought to be obfuscated by those hatching false propaganda.

The state has also set up 12 waiting homes for pregnant mothers in remote areas where they can be sheltered before delivery and given all maternity care, she said.

To a question on the challenge posed by BJP to Trinamool Congress in the coming assembly polls, Panja said "BJP's vote share has consistently declined in different states in recent elections, including Bihar. It shows BJP's support base is on the decline."

To a question about Chief Minister Mamata Banerjee not reportedly congratulating her Bihar counterpart Nitish Kumar after being reelected, he said, "Bengal has always shared warm and cordial ties with the neighbouring state and its people."