Originally written and uploaded on YouTube by TMC leader Debangshu Bhattacharya in January, the jingle has since undergone many variations. 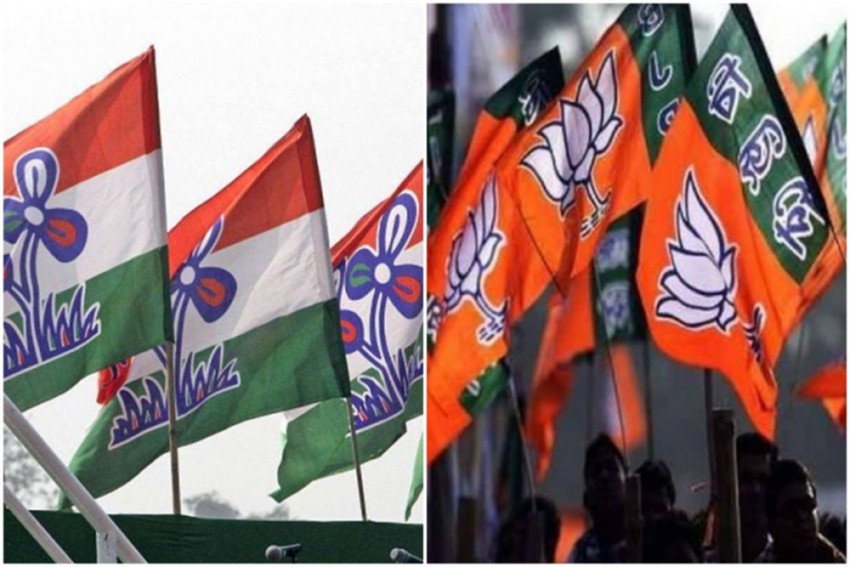 The popular jingle of TMC 'Khela Hobe' (game is on) seems to have also caught the fancy of rival BJP, as political heavyweights of both the parties draw references to its lyrics, sometimes even building slogans around the song, at their public meetings in Bengal.

"The song 'Khela Hobe' has been able to establish an instant connection with people. It has received a favourable response from youth across the state," TMC leader Debangshu Bhattacharya said.

Originally written and uploaded on YouTube by Bhattacharya in January, the jingle has since undergone many variations, with the party's Birbhum strongman Anubrata Mondal first giving it a spin and chanting 'bhoyonkor khela hobe' (fierce game will be played) at a rally.

'Might Have To Campaign On A Wheelchair,' Says Mamata From Hospital Bed

At a recent rally in Kamarhati constituency addressed by Bhattacharya, a thousand-strong crowd lapped up every word of the song delivered in a rap format.

Former minister and the ruling camp's candidate from the constituency, Madan Mitra, has recorded his own version of 'Khela Hobe', while the party's Ghatal MLA Shankar Dolai was recently seen dancing wildly to the beats of the song at a roadshow.

Chief Minister Mamata Banerjee has also been asking voters at rallies if they were ready for the game to begin (Khela Hobe?), drawing loud cheers from the crowd.

"Khela Hobe. Ami goalkeeper. Dekhi ke jete," (the game is on. I will do the goal keeping. Let's wait and see who wins," Banerjee said at a meeting.

The BJP, which had initially criticised the TMC for likening the political battle with a game and "trivialising" the democratic process, co-adopted the slogan later, with defence minister Rajnath Singh, among other saffron camp leaders, bringing 'khela hobe' references in their speech, in a bid to take a jibe at Banerjee and her party.

"Election can never be equated with a game. There is an element of threat hidden in the slogan," BJP spokesman Shamik Bhattacharya said.

BJP state president Dilip Ghosh, however, does not mind borrowing the slogan from the TMC to give the opponents a befitting reply.

"Let the game begin. People of the state will vote for the BJP and give a befitting reply to TMC for its misrule. Paribartan (change) will happen very soon," Ghosh said.

The jingle penned by Debanshu says, "Baire theke bargi ashe/Niyom kore proti mashe/Amio achi, tumio robe/Bondhu ebar khela hobe! (Looters from outside are visiting the state every month, but we are ready to face them. The game is on).