The villagers were afraid that the swab strip used for the Covid-19 test would infect them, an official said 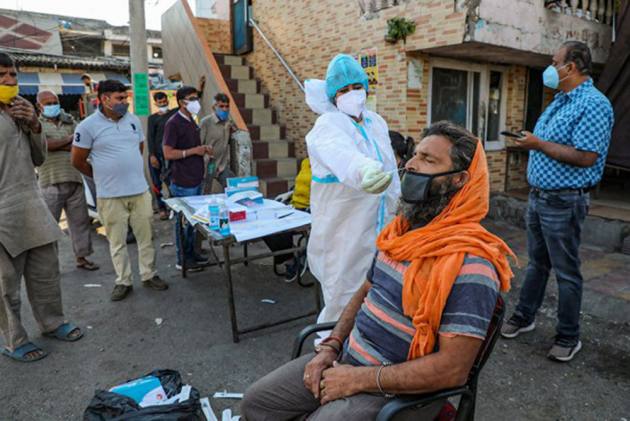 With the second Covid wave ebbing in most parts of the country, health authorities have ramped up testing once again to contain the spread of the infection.

With 20,63,839 coronavirus tests having been conducted in the country on Saturday, the total number of national Covid tests so far, has risen to 34,31,83,748, according to the Union health ministry.

Amid these developments, in a one-of-a-kind incident, a group of tribals in Uttarakhand’s Pithoragarh fled into a forest on Friday after being told that a group of healthcare workers will soon arrive in their village to test them for the virus.

The incident occurred in Kuta Chaurani village, which is inhabited by Banrawats - an endangered tribe.

"While we could test residents of Aultari and Jamtari villages, those living in Kuta Chaurani fled to the forest,” Didihat SDM KN Goswami said on Sunday.

The Banrawat community was declared a primitive tribe on the verge of extinction by the Government of India in 1967.

"Over 500 members of this highly endangered tribe are living in eight localities of Didihat sub division. We had sent our corona testing team to Aultari, Jamtari and Kuta Chaurani villages to test them. A total of 191 members of the community from Aultari and Jamtari came forward to undergo the test but residents of Kuta Chaurani fled to the forests to avoid tests," Goswami said.

"The villagers were afraid that the swab strip taken for the test would infect them," the SDM said.

Jagat Singhingh Rajwar, an elderly member of the community from Kuta Chaurani village, said the swab tester could cause further infection to them.

"We are ready to go for a health check, take medicines but do not agree to let the strip enter our body, " Rajwar said.

According to the SDM, his team has persuaded some literate members of the community to create awareness among the locals about the necessity of the tests.

"We will make another attempt to test them in two-three days," Goswami said.

Sanju Pant, coordinator of Didihat youth society, said corona kits have been distributed among some members of the community after taking them into confidence.

The administration has also been informed about the poor conditions in which the members of the endangered tribal community are forced to live with no work for them due to the coronavirus lockdown, Pant said.

"We have requested the administration to distribute consumer goods other than food material to the community members," he said.

The SDM said packets of spices, edible oil and other essential items besides food packets have been distributed among them for free.

According to Didihat youth society sources, the community is facing dire shortage of essential goods as there is no earning for them due to the lockdown.

"If their plight is not addressed, they might face hunger and death," Pant said.

"We will not let the community face hunger. We maintain a vigil on them through our revenue officials lest they should face any shortage of food," he said.