The 80-year-old RLD chief will be the consensus candidate of the SP, BSP and the Congress and is likely to face BJP’s Sanjeev Balyan; son Jayant Chaudhary to try his luck from Baghpat 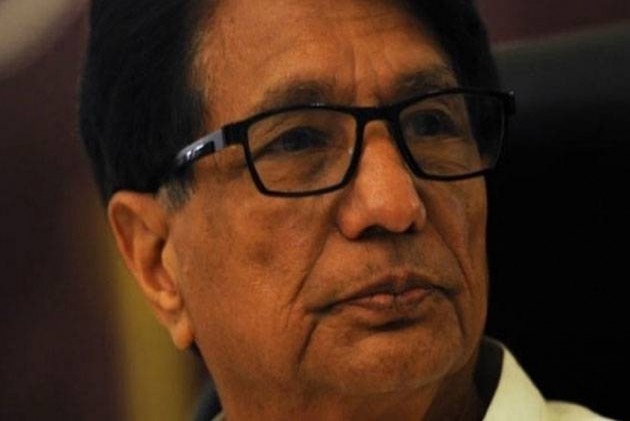 Once a tall Jat leader courted with equal zeal by the Congress and the BJP, Rashtriya Lok Dal (RLD) chief Ajit Singh has taken a “calculated electoral risk” to reclaim his position as the community’s political face in western Uttar Pradesh. In what is touted to be his last Lok Sabha election, 80-year-old Singh, son of former Prime Minister Chaudhary Charan Singh, has decided to contest the upcoming polls from Muzaffarnagar constituency.

Baghpat, the seat Singh represented in Lok Sabha for six terms before being defeated by the BJP in the 2014 general elections, will see his son Jayant Chaudhary in the poll fray. Jayant, who lost the 2014 Lok Sabha polls from Mathura to BJP’s Hema Malini, is the RLD chief’s heir-apparent and the decision to field him from Baghpat is symbolic of the transition in leadership of the party which still holds sway in at least five Jat-dominated districts of western UP.

The BJP is likely to re-nominate its sitting MP and former Union minister of state in Prime Minister Narendra Modi’s government, Sanjeev Balyan from Muzzafarnagar.

Sources close to Singh say that his decision to contest from Muzaffarnagar has been influenced by “a combination of personal and political factors”.

Muzaffarnagar saw massive communal riots in September 2013, resulting in over 60 deaths from the Muslim and Jat communities. In the Lok Sabha elections that followed seven months later, the BJP fielded Balyan, one of the key accused in the riots cases, as its candidate from Muzaffarnagar. Riding on the Modi wave, Balyan had wrested the Muzaffarnagar seat, defeating his nearest rival, Kadir Rana of the Bahujan Samaj Party (BSP), by a margin of over four lakh votes. Several other local BJP leaders, including Sardhana MLA Sangeet Som, were also accused of inciting the riots. Singh, who has been frequently visiting Muzaffarnagar since the past year, has constantly been invoking the communal disharmony spread by the BJP in the district.

Since the 2014 victory, Balyan – with the obvious support of the BJP leadership – has positioned himself as the rising Jat leader in western UP. While the BJP is yet to declare its candidates from UP, it is largely believed that Balyan, who was inducted by Modi in his council of ministers despite serious riots cases pending against him, would be fielded once again from the Muzaffarnagar seat.

If Balyan returns to the electoral fray from Muzaffarnagar, his chances of victory against Singh don’t look too promising. Since the RLD is part of the alliance between the Samajwadi Party (SP) and the BSP, Singh already has the support of the two formidable regional outfits. Adding to his advantage is the fact that the Congress party, for whatever its electoral worth in the region, has also decided to not field a candidate against the RLD chief and his son Jayant, despite the SP and BSP excluding it from their pre-poll alliance. In Mathura, the third seat that RLD has got as part of the seat-sharing formula with the SP and BSP, the party has fielded Narendra Singh.

A close aide of the RLD chief said defeating Balyan would serve several purposes for Singh – he’ll halt a rival community leader’s ascension, be back in political reckoning and ensure that the NextGen Jats see his son Jayant and not Balyan as their leader.

The personal reasons for Singh choosing the Muzaffarnagar seat over his traditional Baghpath constituency are just as interesting. Singh’s father, Chaudhary Charan Singh, who went on to become India’s fifth Prime Minister, serving a brief term between July 1979 and January 1980, had lost a bitterly fought Lok Sabha poll from Muzaffarnagar nearly 48 years ago. In the years that followed, while the RLD managed to occasionally bag some assembly seats that fell in the Muzaffarnagar Lok Sabha constituency, the party never succeeded in representing the seat in Parliament.

Over the past year, Singh has assiduously tried to woo voters cutting across caste and religious lines in Muzaffarnagar, constantly invoking the memory of his late father. His public meetings in Muzaffarnagar and adjoining districts have often seen dramatic scenes of members of the Jat community break down in front of him, regretting that they deserted ‘Chhote Chaudhary sahib’, as Singh is often called, in 2014 when the RLD failed to win a single seat from an area that had given India its first, and only, Jat Prime Minister. For Singh, it’s time to reclaim his legacy.