India said that Nepal's action violated an understanding reached between the two countries to resolve the boundary issues through talks. 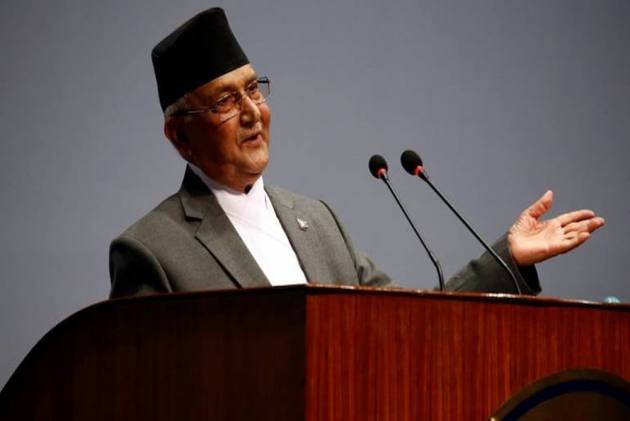 Returning the focus to a border row that had taken relations between the two countries to a low last year, Nepal Prime Minister KP Sharma Oli pledged to “retrieve” the territories of Kalapani, Limpiyadhura and Lipulekh from India.

Oli made the statement while addressing the National Assembly, or upper house. The remarks may rile the Indian government, which has been trying to improve the relations between the two countries for the past few months.

"Kalapani, Limpiyadhura and Lipulekh which are located east of the Mahakali River belong to Nepal as per the Sugauli Treaty. We will get them back through diplomatic talks with India,” Oli said.

"Our foreign minister will visit India on January 14 during which his discussion will be centred on the issue of the map that we have published with the inclusion of the three territories," said Oli, who had triggered the border row last year after his government came out with a new political map that showed Indian territories as part of Nepal.

After Nepal released the map last year, India reacted sharply, calling it a "unilateral act" and cautioning Kathmandu that such "artificial enlargement" of territorial claims will not be acceptable to it.

India said that Nepal's action violated an understanding reached between the two countries to resolve the boundary issues through talks.

The bilateral exchanges that had stalled due to the bitter boundary dispute were reset in the later part of 2020 with a series of high-level visits, as New Delhi emphasised that it sees itself as the Himalayan nation's "foremost friend" and development partner.

Foreign Secretary Harsh Vardhan Shringla's maiden visit to Nepal in November was largely aimed at resetting bilateral ties. Shringla met Prime Minister Oli and other top political brass and emphasised that India and Nepal are on the same page and share the same vision.

Addressing the lawmakers, Oli said that his government has made sincere efforts to strengthen bilateral ties with both India and China.

"We are working to deepen ties with India based on sovereign equality. In fact, we want to deepen the relationship with India in true sense and we should not hesitate to raise our issues of genuine concerns with India," said Oli, who is known for his pro-Beijing leanings.

The prime minister also said that recent high-level visits from India and China were goodwill ones. "They came here to convey their good wishes. There is nothing to worry much about that," he was quoted as saying by My Republica newspaper.

Oli also defended his decision to dissolve parliament, saying "I was forced to dissolve the House of the Representatives as some people in my party did not allow the government to perform well."

President Bidya Devi Bhandari dissolved Parliament in December on the recommendation of Prime Minister Oli and announced mid-term general election in April-May, a decision termed “unconstitutional, impulsive and autocratic” by the Opposition and dissidents in the ruling Nepal Communist Party.

Oli had earlier claimed that efforts were being made to oust him after his government redrew the country's political map by incorporating three strategically key Indian territories.