Addressing the media after the meeting with the farmers, Tomar said Rahul's statements and actions are laughed at even within his own party. 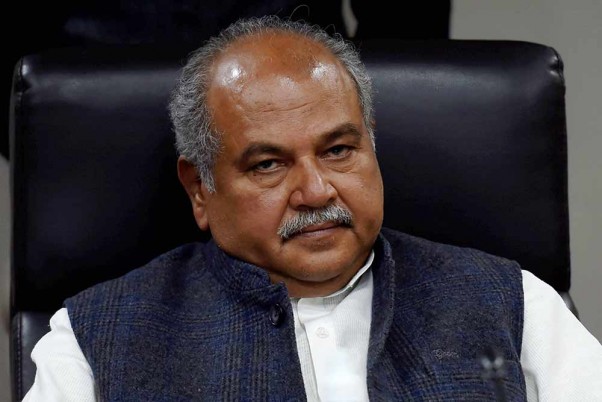 Union Agriculture Minister Narendra Singh Tomar strike back at Congress leader Rahul Gandhi for his remarks against Prime Minister Narendra Modi over the ongoing farmers' protest at Delhi's borders. Tomar said even the leaders of his own party do not take the Gandhi scion seriously and laugh at his remarks.

Tomar, along with Union ministers Piyush Goyal and Som Prakash, met the protesting farmer unions for the ninth round of talks on Friday but the discussions did not reach a decisive stage.

While the deliberations were on between the ministers and the farmers, Gandhi met his party MPs from Punjab, who were protesting against the three farm laws, and alleged that the prime minister does not respect farmers.

He said Modi wants to tire out the protesting farmers and the talks with them are part of the government's delaying tactics.

Addressing the media after the meeting with the farmers, Tomar said Gandhi's statements and actions are laughed at even within his own party.

"The Congress manifesto in 2019 itself had promised these reforms and therefore, Sonia and Rahul Gandhi should tell us whether they were lying then or are lying now," he said.

Thousands of farmers, mainly from Punjab, Haryana and western Uttar Pradesh, are protesting at various border points of Delhi since November 28 last year against the Farmers (Empowerment and Protection) Agreement of Price Assurance and Farm Services Act, 2020, the Farmers Produce Trade and Commerce (Promotion and Facilitation) Act, 2020 and the Essential Commodities (Amendment) Act, 2020.