10 intelligence and investigating agencies can intercept, monitor or decrypt “any information generated, transmitted, received or stored in any computer resource” Section 69 of the IT Act, 2000, and Rule 4 of the IT. 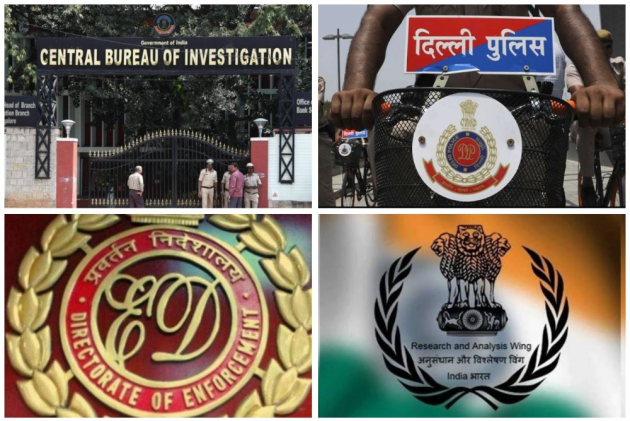 There are 10 intelligence and investigating agencies, including Delhi Police, that have been granted the permission to intercept, monitor and decrypt “any information generated, transmitted, received or stored in any computer resource”.

This is under Section 69 of the IT Act, 2000, and Rule 4 of the IT (Procedure and Safeguards for Interception, Monitoring and Decryption of Information) Rules, 2009.

These are as follows:

In the central government, the permission for electronic surveillance, that is “to intercept, monitor and decrypt” any information on phone or mail or both, can only be granted by the union home secretary if he/she is convinced that it is necessary for investigation. The authorization is given for 60 days, at the end of which the agency has to come back to the union home secretary for renewal.

There is an oversight committee comprising the Cabinet Secretary and the Law Secretary who go over each authorization to ensure that it is justified in the interest of the case.

In case of situations, where urgent and immediate tapping is required, the authorities can start doing it but take ex-post-fact ratification of the union home secretary within seven days. The agencies, sometimes, exploit the loophole by mounting surveillance for five days and then give it a break, only to resume.

To check this misuse, it has been made incumbent upon the service providers and telecom companies to report the cases where the request has come directly from an agency.

At the state level, the state home secretary can authorize the monitoring only within the jurisdiction of the state.

Only the information obtained in an authorized manner and countersigned by the home secretary can be admitted in a court of law as evidence.