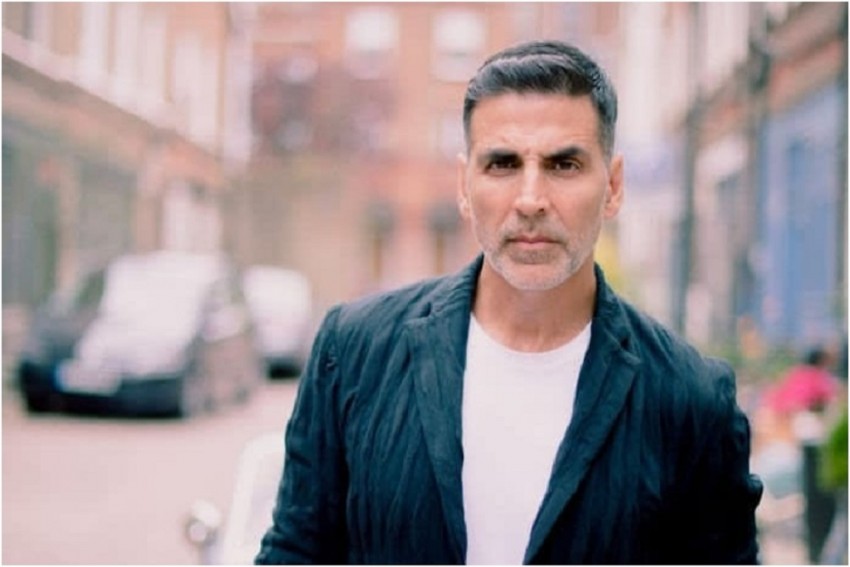 Akshay Kumar starrer movie Prithviraj, based on the life of the late 12-century emperor Prithviraj Chauhan, is all set to stoke a big controversy between two dominant communities – Rajputs and Gurjars – of Northern India.

Both stake their claim on Chauhan and say that if he is projected in the movie as a king of the other caste, they will not let the movie run in theaters.

Directed by Chandraprakash Dwivedi and produced by Yash Raj Films, the movie has been scheduled for release around Diwali.

Top Gurjar leader Himmat Singh Gurjar says that it is high time historical errors should be corrected. In an interview with Outlook, he quoted various historical facts to prove his point that the upcoming movie will be full of concocted versions of history. Excerpts:

Why have you decided to oppose the release of the movie Prithviraj?

Our main problem is the distortion of various facts by the movie makers. It is based on the accounts of Prithviraj Raso, a poem written in Pingalj language (a mixture of Braj & Rajasthani) by the famous poet Chand Bardai. It is a disputed fact that Chand Bardai was ever a court poet of the king. According to our researchers, who have scanned through hundreds of historical text and available inscriptions, Bardai wrote the book in the 16th century, almost 400 years after the reign of the king. The account that he has presented about the king is highly speculative and fictitious.

How do you know before watching the movie that it has historical distortion?

If the movie is based on Chand Bardai’s book, then it has to have historical distortions because as I said it has a lot of speculative narrations about the king. For instance, the book says that Prithviraj was a Rajput king which is incorrect. Rajputs were never in existence before the 13th century. We can prove through historical documents that Gurjars have been in existence from time immemorial. It was only around the 13th century AD that a Gurjar faction was converted into Rajputs. So originally some Rajput Clans were basically offshoots of Gurjars.

Have you given your representation to the director or the producer of the film? Has he refused to make amendments?

Yes, we have sent our objections in a representation to the Yash Raj films twice. We have made several attempts to contact Dr Chandra Prakash Dwivedi, the director of the movie, but till now he is not responsive.

You claim that Prithviraj Chauhan was a Gurjar but I have heard that a faction of Rajput leaders have also issued a threat that if the emperor will not be shown as a Rajput king, they will not let the movie run in theaters. By whose account the movie makers should go?

He should go by the available historical shreds of evidence and not by what I or someone else is claiming. Anybody can claim anything but one should believe in whatever historical accounts are available. We are throwing a challenge for debate. We can produce so much historical text and inscriptions that will prove our point.

But as you have said that the movie is based on famous poet Chand Bardai’s book on Prithviraj Chauhan, it is a historical text and available for everyone to read. It is already in the public domain. So why are you objecting to its picturization?

When a historical figure like Prithviraj Chauhan will be shown with distorted facts, the general masses will have that kind of perception about him. Today, it is in a textbook that is not accessible to everyone but tomorrow if the same thing will be glamorized and shown on a big screen, people start believing it as the only truth. The director and producer might make some profit out of it but our community as a whole will suffer due to distortion of history. He is a pride of our community and culture. He fought against foreign invaders to save the country. We will not allow anything to be shown about him which lowers his dignity and fame.

But how will merely showing him as a Rajput King bring disrespect to him?

Showing him as a Rajput king is one aspect of the whole issue. There are many other distortions. For instance, as per Raso, Sanyogita, who was a daughter of Jai Chand, has been projected as Prithviraj Chauhan’s wife. On the contrary, Prithviraj and Jai Chand were cousins (Mausere bhai). According to our Hindu tradition, that is not possible at all. This is a complete distortion.

But before this movie, several films have been made on Prithviraj’s life and almost all these facts have already been narrated. You never raised any objections?

I don’t know what happened in the past. But if something wrong has been shown and propagated in the past, we will not allow it to happen now.

What evidence do you have to prove that Chand Bardai’s book is not a genuine account of Prithviraj’s life?

I have a whole team of learned people who have gathered immense historical facts to prove it. Prithviraj Chauhan was the emperor of Gurjar society and there is strong evidence in the form of PrithvirajvijayMahakavyan which is a Sanskrit epic. It is also called Prithviraj Vijay epic in Hindi. The Prithviraj Vijay epic describes the victory of Prithviraj Chauhan over Muhammad Ghori in the First Battle of Tarain. It does not mention the Second Battle of Tarain. It was composed in about 1191-92 by a Kashmiri poet named Pandit Jayanak, who was the royal poet of Gurjar emperor Prithviraj.

In verse number 50 of canto 10 of Prithviraj Vijay epic, the fort of Prithviraj is written as Gurjar fort and in verses number 7 and 9 of canto 11 there is a description of the defeat of Gauri by Gurjars. Gurjar emperor Prithviraj Chauhan died in the second battle of Tarain.

The Tarain battle zone was between Karnal and Thaneshwar (Kurukshetra) in the Karnal district of the present-day Indian state of Haryana, located 113 km north of Delhi.