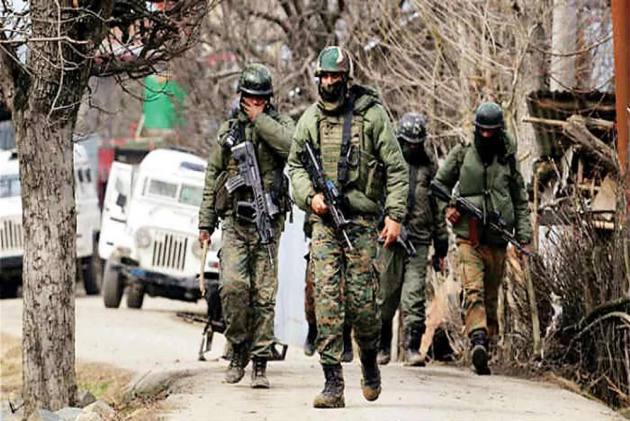 Three terrorists, including a top commander of terror group Lashkar-e-Taiba, were killed in an anti-terror operation in Jammu and Kashmir's Sopore, the police said.

Mudasir Pandit was among three terrorists killed in an overnight encounter with security forces in Sopore area of Baramulla district in Jammu and Kashmir.

"Top LeT #terrorist Mudasir Pandit who was involved in #killing of 03 policemen, 02 councillors & 02 civilians recently and other several #terror crimes got killed in Sopore #encounter," the IGP tweeted.

The encounter had started late on Sunday night as the security forces launched a cordon and search operation in the area following information about presence of at least three militants, including Pandit, in the area.

Pandit was wanted by security forces in many cases, including the killing of two BJP councillors and a policeman during a meeting in Sopore in March this year.