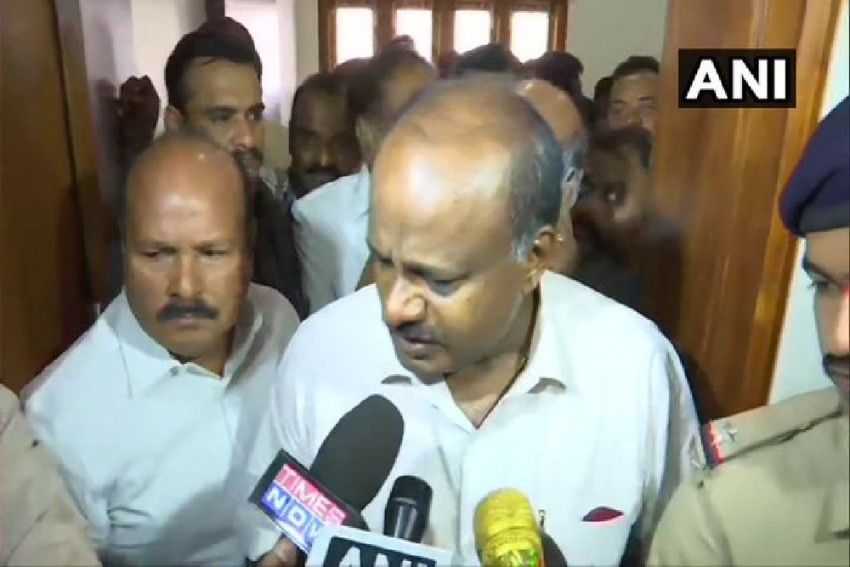 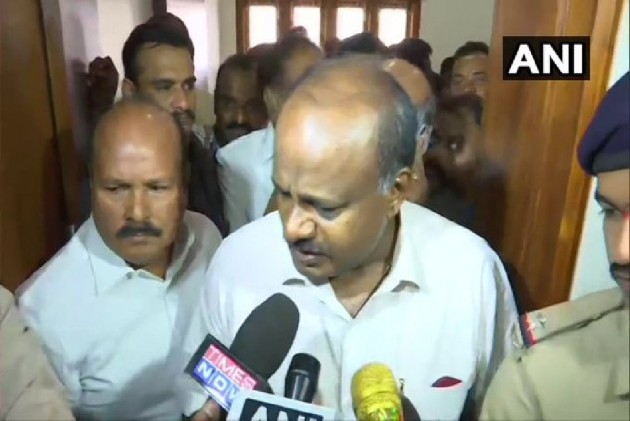 A day after the coalition government headed by him collapsed, outgoing Karnataka Chief Minister H D Kumaraswamy on Wednesday remained non-committal on the future of his party JDS' alliance with the Congress, saying both parties have not yet discussed it.

"Today we have called our MLAs to work out future strategies. Our top priority is to develop our party, to get the confidence of the people of Karnataka and how to move ahead at this juncture. We will discuss," Kumaraswamy told reporters ahead of the JD(S) meeting at the party office in Bengaluru.

Responding to a question on a continuing alliance with the Congress, he said, "Let us see...I don't know. I don't know about the stand of Congress leaders for the future... we have not discussed anything yet."

JD(S) supremo H D Deve Gowda and Kumaraswamy, who is the JDS legislature party leader and party state unit chief, are part of the meeting with party legislators.

Congress and JD(S), considered arch-rivals, especially in Mysuru region, had joined hands to form a coalition government after the May 2018 assembly polls threw up a hung verdict.

Both parties were routed in the recent Lok Sabha polls, winning just one seat each out of total 28 seats in the state, as grassroot level workers of both parties were not happy with the alliance.

Coalition worries and dissidence within had repeatedly threatened the government's stability and raised questions about its longevity.

The resignation of 15 MLAs -- 12 from the Congress and three from JD(S), and independent MLAs R Shankar and H Nagesh withdrawing their support to the coalition government, compounded matters, pushing the government to the brink.

In the trial of legislative strength after the resignation of the MLAs, Kumaraswamy had garnered 99 votes against the 105by the opposition BJP, following which he resigned.