Tough Road Ahead For BJP In Poll-Bound States As Demands Yet To Be Met: Farmer Leaders

With the Election Commission announcing poll dates for five states, including Punjab and Uttar Pradesh, farmer leaders on Saturday said it is a tough road ahead for the BJP as the Centre is yet to meet their demands. 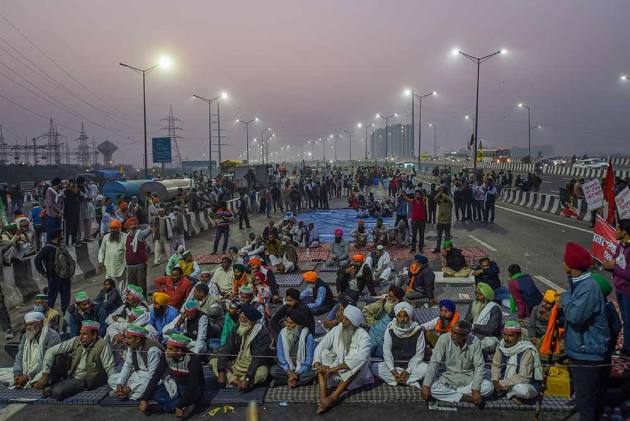 The farmer leaders said the Samyukta Kisan Morcha (SKM), an umbrella body of 44 farm unions, will meet on January 15 to review the progress on pending demands and decide on the future course of action.

Farmer leader and SKM member Abhimanyu Singh Kohar said the people lost their love for the BJP during the farmers' movement, and so it will be difficult for the party to do good in the elections in farmer-driven states such as Punjab and Uttar Pradesh.

Since the Election Commission has announced poll dates, no new work can be done and some of the key demands of farmers are still pending, he said.

"Our main demands to give us a legal guarantee on MSP and expel Union minister Ajay Mishra Teni from the Cabinet are still not fulfilled. People are unhappy with the BJP and these issues will play a decisive role in Punjab and Uttar Pradesh. The SKM will meet on January 15 to discuss these issues and will chalk out a future course of action," Kohar said.

He added that the Punjab government has already announced to take back cases against farmers registered during the agitation. In Haryana too, the state government released an order in this connection on December 23, 2021, Kohar said.

The Election Commission of India on Saturday announced that the elections will be held in seven phases between February 10 and March 7 in Punjab, Uttar Pradesh, Uttarakhand, Manipur and Goa.

Voting for the high-stakes Uttar Pradesh assembly elections will be held in seven phases, starting from the western part of the politically crucial state on February 10 and moving eastwards.

Punjab (117 seats), Uttarakhand (70 seats) and Goa (40 seats) will have single-day voting on February 14, coinciding with the second phase of the polls in Uttar Pradesh, according to the schedule announced by the Election Commission.

For Manipur, the poll panel has decided to conduct voting in two phases - 38 seats on February 27 and 22 seats on March 3 - coinciding with fifth and sixth phases of the Uttar Pradesh polls.

The final phase of voting will be on March 7, and votes for all phases would be counted on March 10.

The Bharatiya Kisan Union (BKU), which is a part of the SKM, also felt that the farmers' agitation has made an impact, and their issues will remain decisive during the polls, especially in Punjab and Uttar Pradesh.

The BKU, an influential farmers' union from western Uttar Pradesh, said the issues of MSP and Union minister Ajay Mishra 'Teni', whose son is the key accused in the Lakhimpur Kheri violence case, will dent the BJP's prospects in the polls.

BKU spokesperson Saurabh Upadhyay alleged the Centre has not worked the way it should, like it has been in the Lakhimpur Kheri case.

"The Centre should have removed the Union minister. The bias is clear. MSP is another big issue which has an effect across states. It will certainly have an impact during the polls in Uttar Pradesh and Punjab," Upadhyay told PTI.

He said that making a legal guarantee on MSP will benefit the government, if only it conceded to the farmers' demand.

"Farmers who had been forgotten are currently the biggest issue for the Centre. This has happened only because of the farmers protest on Delhi borders," Upadhyay said.

Thousands of farmers, primarily from Punjab, Uttar Pradesh and Haryana, had started protest against three farm laws on Delhi borders on November 26, 2020.

The protest continued for over an year and the farmers went back home on December 11, 2021 after farm laws were repealed and the Centre assured them to consider their other demands as well which include a committee on MSP, and withdrawal of cases against farmers etc.