Two youths were made to travel 80km back to Madikeri in Coorg just so that they can clean up the garbage they had thrown on the highway while traveling. 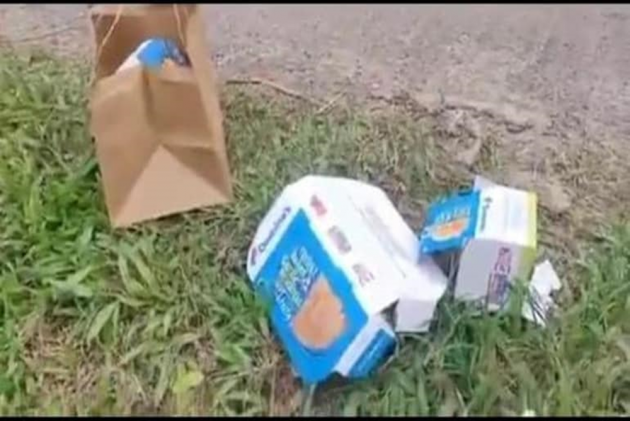 Have you ever come across people who toss garbage out of their car window on the road? Well, this might stop now, especially if you are traveling to Karnataka.

Two youths were made to travel 80km back to Madikeri in Coorg just so that they can clean up the garbage they had thrown on the highway while traveling.

You read that right!

While driving on the highway, the two litterers apparently threw out empty pizza boxes from their car. Unfortunately for them, the boxes contained the bills, which also mentioned one of their phone numbers. This helped the police to find a link between the litter and the litterers.

Madetira Thimmaiah, General Secretary of Kodagu Tourism Association, was the one who spotted the pizza boxes by the side of the road. Just days earlier, he and other members of the Kadagadalu gram panchayat had conducted a clean-up drive in the area to restore its natural beauty. So when he spotted the pizza boxes, he had to investigate further. “I decided to open up the packet and luckily found a bill which had the person’s phone number. I called up the person and requested him to return to the spot and pick up the waste,” he said while speaking to Bangalore Mirror.

However, the person refused to do so since he had crossed Coorg already. The number was then shared with the local police and put on social media. After receiving numerous calls, the youth who littered turned around and traveled 80kms to come to pick up the boxes.