Taking serious note of the incident, civil surgeon Dr Rajesh Bagga has marked an inquiry into the matter. 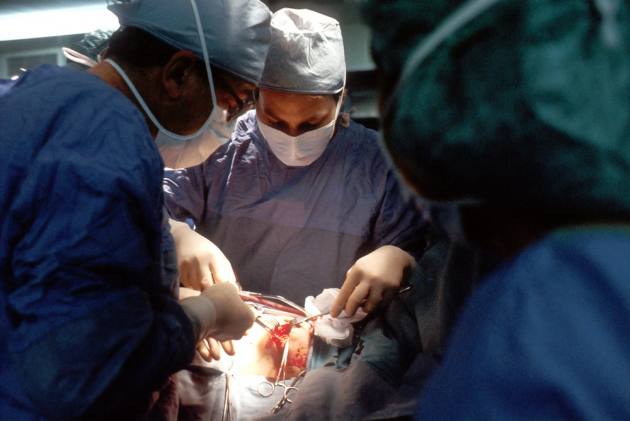 In a shocking incident, doctors who carried out a caesarean operation at the Civil Hospital in Ludhiana on December 8 were accused of leaving a towel inside a woman’s womb.

The woman’s husband, Ravinder Singh who was accompanied by his relatives and other social activists staged a sit-in protest outside the mother and child unit of the civil hospital and demanded stringent action against the operating doctors and the staff for gross negligence.

Taking serious note of the incident, civil surgeon Dr Rajesh Bagga has marked an inquiry into the matter.

“These are serious allegations. We have marked an inquiry and constituted a committee to probe the incident," HT quoted Bagga.

Ravinder said his wife was rushed to the civil hospital on December 7 after she experienced labour pain. “The doctors suggested a caesarean operation after carrying out a few tests. The surgery took place on December 8, though the baby was healthy, my wife was writing in pain and was unable to urinate. We consulted the doctors and showed them swelling on her stomach but she was only given a sedative."

“When the pain did not subside for two days, I urged the hospital to refer us to a private hospital but they encouraged us to go to Government Rajindra Hospital in Patiala. Finally, I took her to Christian Medical College and Hospital (CMC&H) on December 11 where the doctors operated on my wife and found a towel in her womb. Their negligence could have led to my wife’s death," said Ravinder.

After staging a protest for nearly an hour, he lodged a formal complaint against the doctors and staff that had carried out the operation.

This is not the first time that something like this has happened – In May 2019, the staff of Mother Child Hospital had wrongly transfused A+ blood to a patient who was B+.