George Fernandes belonged to a rare bunch of political leaders who rose above caste, religious and regional identities to leave an indelible mark on Indian politics. 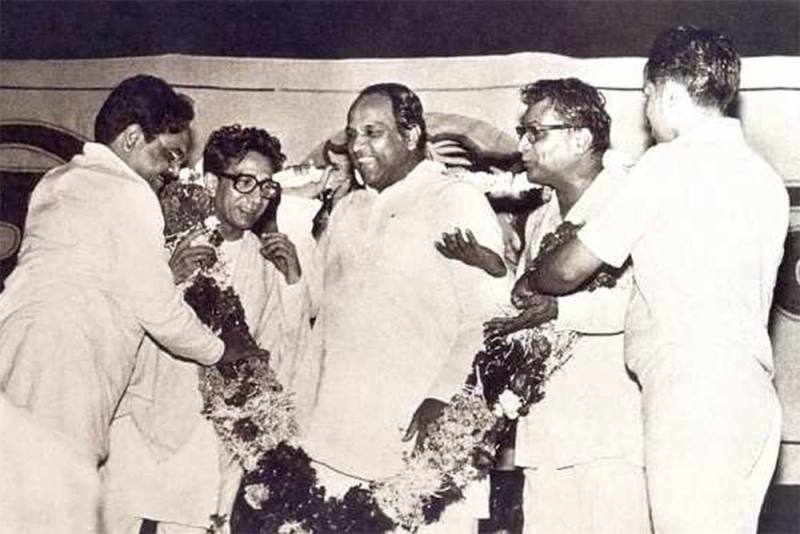 A firebrand trade unionist and socialist, George Fernandes belonged to a rare bunch of political leaders who rose above caste, religious and regional identities to leave an indelible mark on Indian politics.

Born in Mangalore in a Christian family in 1930, he was a staunch anti-Congress leader. His tie-up with the BJP in the mid-1990s was crucial in ending the saffron party's isolation in alliance politics as many 'secular' parties followed his cue and propelled it to power twice under Atal Bihari Vajpayee's leadership.

His underground crusade against the Emergency catapulted him among the leading opposition figures. A photograph of Fernandes, with his shock of unkempt hair, raising a manacled hand in defiance remains one of the most enduring images of those times.

Union minister Ram Vilas Paswan, Fernandes' colleague for years in several socialist parties, said his unimpeachable commitment to democracy and willingness to go to any length to propagate his cause was an inspiration to him and many others during the Emergency.

Fernandes entered the electoral politics with a bang after he, as the Samyukta Socialist Party candidate, defeated seasoned Congress leader S K Patila in Bombay South constituency in 1967.

An active trade unionist, he was involved in the railway strike in 1974, which disrupted train services across the country and invited a massive government crackdown.

He later shifted his political base to Muzaffarpur in Bihar and won the election from there in 1977.

He was appointed the industries minister in the Janata Party government, and his tenure was marked with multinational firms Coca Cola and IBM shutting down their Indian operations as he pushed hard government regulations.

Long a trenchant critic of the BJP and its ideological parent Rashtriya Swayamsewak Sangh, he warmed up to its top leaders L K Advani and Vajpayee as the national politics saw the rise of regional chieftains, including Lalu Prasad in Bihar.

It is believed that he played a key role in bringing Nitish Kumar, who like Fernandes had begun drifting away from Prasad, then Bihar chief minister, to the BJP-led alliance after the 1995 assembly polls in the state.

He became the defence minister in the Vajpayee government and it was under his tenure that the nuclear test in Pokhran was conducted in 1998 and India fought the Kargil war against Pakistan in 1999.

With Alzheimer's disease afflicting him, he was out of the public eye for close to a decade as his family members nursed him at home.

Some will say that it was, in a way, a fitting end to his political career when he fought a lonely battle from Muzaffarpur in the 2009 Lok Sabha polls after his party JD(U) denied him a ticket as Alzheimer's hit him.

Sadly, it was one electoral battle he lost.